Zuckerberg Tells US How To DEFEAT ISIS – His Answer? WOW, More Delusional Than Expected!

There is a way to defeat ISIS. It’s messy and unpleasant, but to defeat the terrorist network, we must be willing to decimate them. Bomb them, kill them, leave no stone unturned. Of course, to do that requires some cojones of which our Commander-in-Chief is bereft. But Facebook founder Mark Zuckerberg has an idea: we should defeat them with love… Yes, really…[1] 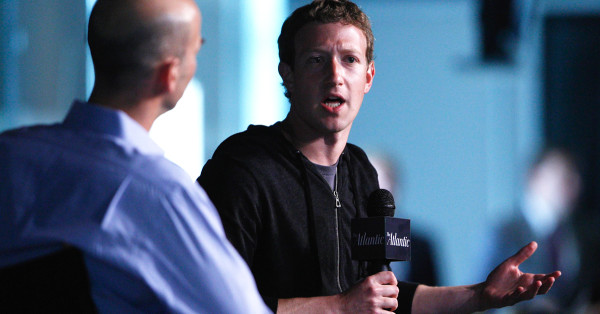 Let’s cut to the chase: Mark Zuckerberg is an arrogant wienerface. The guy is a censorship maniac (see Mark Zuckerberg Censors Employees from Saying ‘All Lives Matter’[3]). When he’s not busying himself attendingcensorship summits[4], he’s making borderline functionally retarded comments. Like this one[5].

The Facebook founder said atrocities in Belgium, Pakistan and Turkey were all designed to sow seeds of hatred between different communities. He said: “Each of these attackers were carried out with a goal to spread fear and distrust, and turn members of a community against each other.”

The “only sustainable way to fight back” against the sickening attacks is to “create a world” where everyone “feels cared for and loved”, he added.

Firstly, comments like these from Mark Zuckerberg are why we here at LWC[6] believe leftist men aren’t actually men. Secondly, Mark Zuckerberg couldn’t be more wrong. In fact, his blatant circumvention of the real issue at hand is what’s sickening. Aside from his fashion sense. Would it kill him to wear a button-up once in a while? You’re rich enough to wear a sweat stained t-shirt to business events. We get it! We. Get. It.

Look Mark, can I call you Mark? Enough with the hearts and rainbows. People are dead (26 Dead in Brussels Terror Attack. You #PrayForPeace, I’ll Pray for Wisdom and Resolution[7]). At the hands of ISIS. The world doesn’t need Mark to psychoanalyze the intentions of terrorists. We have professionals for that. Also, ISIS already told us why they’re going to town with explosives. So we don’t really even need the professionals we do have. A nutless monkey could figure this one out. They want to bring death to dissidents. That includes Palo Alto dwelling peckerwoods who can’t bother to wear a suit.

ISIS isn’t simply trying to spread fear. They seek to dominate the entire population via torture, rape, pillaging, and murder. They aren’t looking for a hand to hold. It’s not because their dads didn’t love them enough as kids. Though let’s be real here, it’s possible they did see their dads womp on their moms. This is Islam we’re talking about here. Regardless, ISIS intends to kill people, Mark. Terrorists want destruction and subservience. You know what stops that? Bullets. You know what doesn’t? Hugs.

Mark Zuckerberg can say whatever he pleases. He has the First Amendment to thank for that. The same freedom of speech that he forbids on his “open platform.” Irony, it’s a thing. And sure, he has a point. Let’s teach our future generations to be decent human beings. Despite the song however, sometimes “love” isn’t actually all you need. Especially in the face of imminent decapitation. Just ask any mental health professional.

“Love” means nothing to an indoctrinated regime of murderers who have convinced themselves that the West is evil. Freedom, happiness, and love are despicable to them. Worth blowing someone to bits over, in fact. It’s too late for someone who came out of the womb being trained to spill the blood[8] of the infidels, to receive the gift of hugs. Yes, it’s a tragedy. No, we can’t kiss it better.

Unless the topic of conversation is social networking, I have a hard time understanding why anybody listens to Mark Zuckerberg about anything.

The man is a pathetic coward who routinely pushes for his invention to be used to suppress speech and ideas that run contrary to his leftist ideologies and appears to have an understanding of geopolitical issues equal to that of a brain damaged chimp.