More than 800 children in England – some as young as ten – are being given controversial drugs to help them change gender.

The NHS treatment, which halts the onset of adulthood, is aimed at young people who believe they are trapped in the wrong body.

Where would a child come by such a bizarre delusion? The establishment media aggressively helps foster it. No doubt so do P.C. parents eager to acquire a transsexual trophy child that they can brag about to their progressive friends.

NHS stands for National Health Service. Thanks to Britain’s socialized medicine, decent people are forced to finance crimes against decency.

The huge growth in the number of youngsters being prescribed the drugs came after the NHS scrapped the age limit in 2014, which was previously 16.

Now doctors can give the injections to children from the very early stages of puberty – meaning that in some cases, ten-year-olds are receiving them.

The purpose is to force children to commit to being transgender. Otherwise the vast majority pass through “gender dysphoria” like any other adolescent phase.

“These kids are not old enough to make life-changing decisions that will affect them for the rest of their lives. It’s unethical to pursue this line of treatment with children who cannot possibly understand what they’re doing.”

If they could understand what they were doing, only the most intensely self-loathing would agree to it.

Puberty-suppression as an intervention for gender dysphoria has been accepted so rapidly by much of the medical community, apparently without scientific scrutiny, that there is reason to be concerned about the welfare of children who are receiving it.

There remains little evidence that puberty-suppression is reversible, safe, or effective for treating gender dysphoria.

There is also serious concern that the puberty-blocking drugs prevent healthy bone development. The treatments likely deny children any chance of living a normal, healthy life.

But that is a small price to pay for the self-righteous satisfaction progressive parents can provide themselves by sacrificing a child to their god, political correctness. 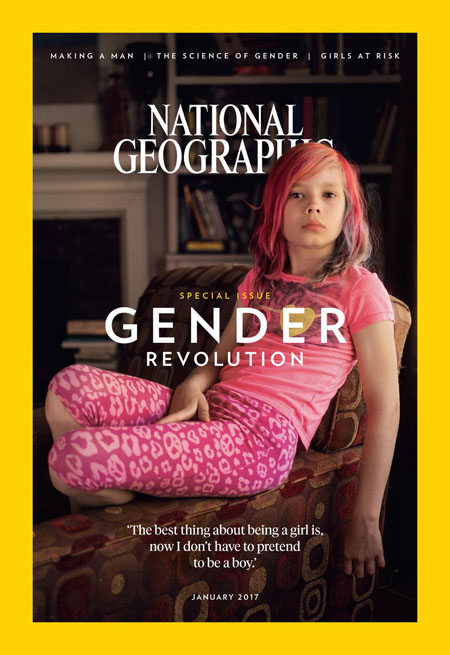 This sick lunacy is destroying lives.

On a tip from The LIEberal Media. Cross-posted at Moonbattery.