A key item on the liberal agenda is the abolition of gender. This will be accomplished primarily through relentless propaganda promoting transsexual grotesquerie, but also through direct government action. Moonbat-ruled Oregon is taking a leading role:

Oregon is on track to become the first state to allow residents to skip a gender identity on their driver’s licenses and identification cards. …

Last year, a Portland judge allowed Jaime Shupe to legally identify as neither male nor female.

Shupe asked for an updated license, prompting the proposed changes. 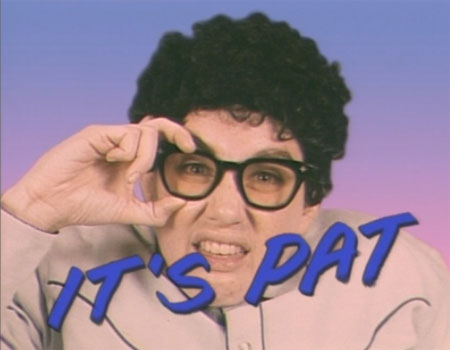 Soon Pat can get an appropriate driver’s license in Oregon.

On a tip from Jack S. Cross-posted at Moonbattery.