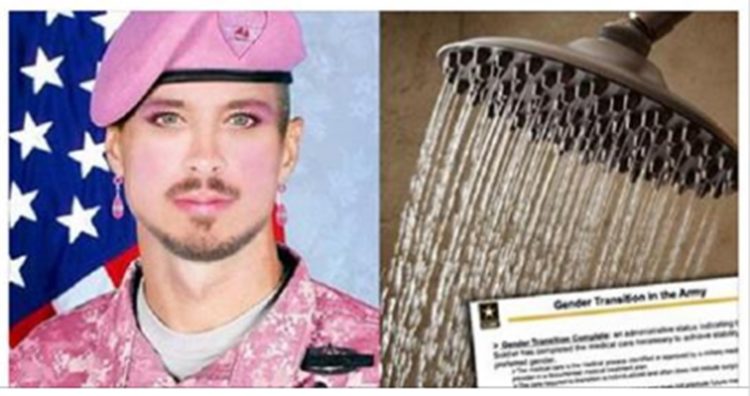 Have you heard of the Pentagon’s “Transgender Inclusion” agenda, first launched by President Obama?

Near the end of Obama’s second term, his Secretary of Defense Ash Carter set out “transgender inclusive” military policies that were supposed to be put in effect a few weeks ago on July 1st, 2017.

Right now, this policy has not been completely removed, it has only been “delayed” for another six months. For now, we don’t know what the Trump administration will do in six months’ time, but after his tweetstorm, we can take a wild guess that this will be scrapped since it will no longer be necessary, because no transgender soldiers will be allowed to serve. 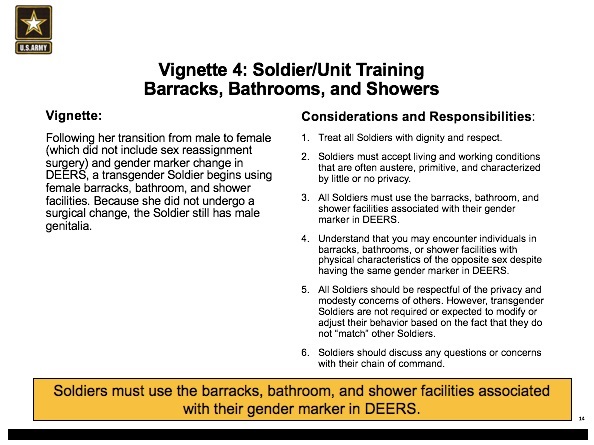 In the “Considerations and Responsibilities” section, the Army instructs soldiers:

1-Understand that you may encounter individuals in barracks, bathrooms, or shower facilities with physical characteristics of the opposite sex despite having the same gender marker in DEERS.

2-All Soldiers should be respectful of the privacy and modesty concerns of others. However, transgender Soldiers are not required or expected to modify or adjust their behavior [3]based on the fact that they do not “match” other Soldiers.

In responding to this outrageous policy, Congresswoman Vicky Hartzler (R-MO) made this statement on July 3rd of this month:

The Obama transgender policy, which was implemented without input from Members of Congress, is ill-conceived and contrary to our goals of increasing troop readiness and investing defense dollars into addressing budget shortfalls of the past. This delay is indicative of a policy that was rushed and never clearly thought out,[4] and I am pleased that Secretary Mattis has decided to delay the accession policy. It is my hope that he will move forward with full repeal in the coming months.

I don’t think any of us should be surprised if Secretary Mattis sends this insanity straight into the paper shredder.