Traitor Bradley Manning committed ~750,000 acts of treason in the largest intelligence leak in American history. Then he proclaimed himself to be a woman named Chelsea, deforming himself into a repulsive facsimile of a female at the expense of the country he betrayed. In any sane civilization, he would be reviled — not to mention placed in front of a firing squad. In what the liberal elite presents to us as our culture, he is revered:

One hot, humid early-summer evening in New York, a hired car slows on Bleecker Street, and a young woman inside prepares for her first party out in years. She is wearing a midnight-colored semiformal dress by Altuzarra and Everlane ankle boots with heels. Her hair is trimmed into a pixie cut; her makeup softens, but won’t hide, a dust of freckles. “I don’t know if I’ll know anybody,” she fretted earlier, but she seems to have quelled what nerves remain. She is accompanied by a couple of men who surround her like guards. For the first time in a long time, that’s a welcome thing.

The “woman” is Bradley Manning, as fawningly described by Vogue magazine, which rewards him as best it can for his service to moonbattery.

In the piece, Manning is gushed over as “a very natural, very beautiful little girl” and “a perfect hero.” He is certainly a perfect role model for modern liberal men. Voilà: 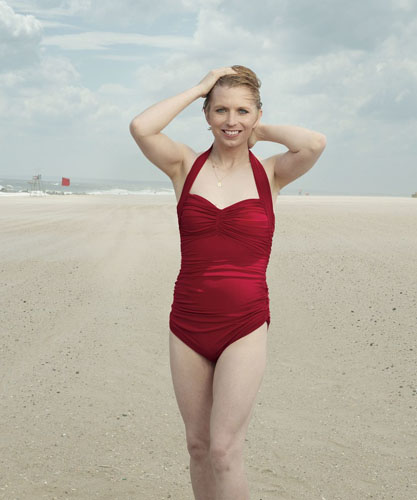 On a tip from Anonymous. Cross-posted at Moonbattery.