So, now we’re letting traitors to the United States of America stay on active duty and continue to receive medical treatment? We’re accommodating someone who leaked 700,000 classified documents to WikiLeaks and was sentenced to 35 years in jail for doing so?

I don’t give a rat’s behind if he was pardoned, that doesn’t mean he should be allowed to remain in a position which gave him access to classified intelligence in the first place. 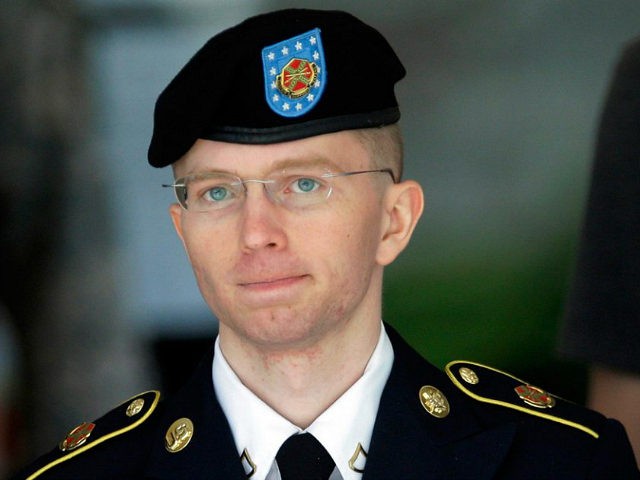 Army spokesman David Foster confirmed[2] that Manning will still have access to healthcare and commissaries.

In 2013, Manning was convicted of the largest leak in military history, handing over 700,000 documents to WikiLeaks. He was found guilty on 20 counts, with 6 of those falling under the Espionage Act. He was, however, acquitted of “aiding the enemy,” which was arguably the most serious charge he faced.

While in prison, Manning demanded a sex change at the expense of the taxpayers, which was granted after he threw a hissy fit and went on a hunger strike.

At the end of his Presidency, Obama commuted[3] the rest of Manning’s sentence, believing that “justice has been served.”

“The notion that the average person who is thinking about disclosing vital classified information would think that it goes unpunished. I don’t think would get that impression from the sentence that Chelsea Manning has served.”

Ungrateful TRAITOR Chelsea Manning, who should never have been released from prison, is now calling President Obama a weak leader. Terrible!

There is no doubt in my mind that Manning got off extremely easy for a crime that would have resulted in a public hanging not too long ago. This sets a terrible precedent for anyone thinking about giving classified information to someone who may not have America’s best interests at heart.