The LGBT agenda has been rammed this far down our throats in part because people have been brainwashed into going along with it, but mainly because it has been imposed by the arrogant and tyrannical social engineers of the judicial oligarchy. When even liberal California rejected the blasphemy of homosexual marriage with Proposition 8, homosexual judge Vaughn Walker overruled the voters. Then five members of the Supreme Court imposed it at the federal level. Since too much is never enough for progressives, they are still pushing the envelope. Next on the agenda: we normies must pay for the psychosexually deranged to mutilate and disfigure their own bodies. So hath a judge in Minnesota decreed:

Lifting a decadelong ban by the state, a district court judge ruled this week that transgender people on medical assistance have the right to gender transition surgeries.

Once the concept of rights was used to promote liberty. Now it serves the opposite purpose. You have a “right” to force other people to pay to have your body disfigured into a grotesque imitation of the opposite sex because this advances the government’s depraved agenda.

Monday’s decision by Ramsey County Judge William Leary will now allow 64-year-old Evan Thomas, who sued the Department of Human Services, to proceed with surgery that state law had previously denied [her].

“Evan” having lived 64 years with the body God gave her, transforming it into a faux male body hardly passes as a medical necessity. However,

Thomas’ victory was the first legal challenge of the law, which the judge said was unconstitutional.

Only a constitution drafted in a lunatic asylum would include the right to confiscate other people’s property to finance non–health-enhancing surgical procedures that would make Dr. Moreau shudder with horror.

It would appear the ruling was as unnecessary as the surgery, except to provide precedent that people have a “right” to publicly financed sex change operations.

Changes were made to the federal Affordable Care Act in July to ensure state medical assistance plans would allow transitional surgeries, and states had until Jan. 1 to implement the changes.

Any questions as to why healthcare insurance costs are shooting through the stratosphere? 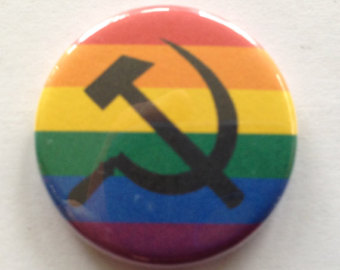 On a tip from Giorgio. Cross-posted at Moonbattery.