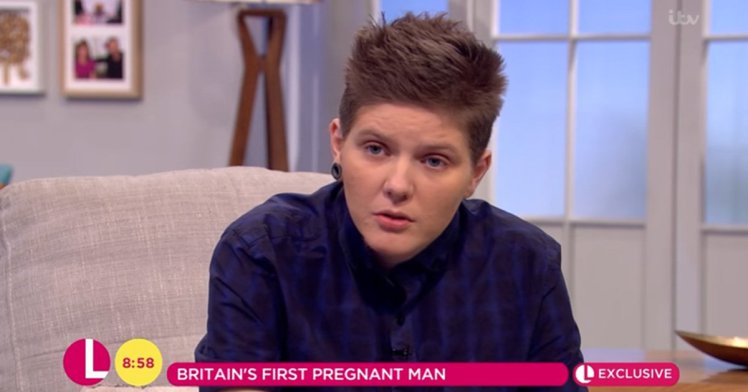 Transgender women (that is, people who were born male and now identify as women, often undertaking hormone treatment and feminization surgeries) should be given womb transplants in order to bear children, according to England’s National Health Service.

Now that the left won the gay marriage debate, transgender issues have overtaken the space that those campaigners took up. My problem isn’t the part where I don’t mind how people can live how they want.

It’s the fact that fertility experts, according to the Daily Mail[2], are now saying that womb transplants for those who identify as women should have their experimental surgeries funded by taxpayers based on “equality enshrined in law.”

As reported in the Mail:

Dr Alghrani, of Liverpool University, also predicts that a successful programme would lead to others demanding wombs – including gay and straight men who wanted to experience ‘the joys’ of carrying a child.

Not much to say about whether this will be good for the child, or for the health of the adult undertaking such a surgery, or whether being pregnant for 9 months is that much of a walk in the park.

But, the article notes, there are critics who immediately go after the issue that’s easiest to defend:

Women’s campaigner Laura Perrins said: ‘Most taxpayers will not think this is a good use of resources. It raises profound ethical and moral issues that will have an impact on women’s rights. It will impinge on the meaning of motherhood and womanhood.’

It’s one thing to talk about womb surgeries or IVF for women who are having trouble conceiving, but certainly another to talk about people with male genitalia. But fear not!

However, gynaecologists are increasingly convinced that implanting a donor womb into a person born with male organs is possible, with one top doctor saying it is just a decade away. They believe the recent success of ‘uterine transplantation’ in women born without wombs has drawn it a step closer.

Back in my day (you know, last year?) a woman born without a womb meant a woman who had a birth defect that caused an issue in the formation of her uterus, not a man who chose to undertake the process of becoming more physically feminine. Since 2014, women (not transgender women) who were born without wombs were able to give birth after receiving donor wombs in Sweden, which triggered the call for transgender women to receive the same treatment.

While transgender campaigners are now pushing for wombs for men using the same language as women born with fertility issues, I’m left wondering if at least they go through with this (and you know they will — they always win), will they at least get cursed with the worst periods known to man?

You can read here about a 21 year-old transgender man who is going through sex change surgery in order to have a baby[3], but only if you really, really feel the need to ruin your day.