Dove’s New Commercial Wants You To Know, Men Can Be REAL Moms Too Because EQUALITY! [VIDEO]

Well Dove, you’ve done it. You have officially become just like Pepsi… okay, maybe not as pathetic with that Kendall Jenner debacle, but still, this is pretty bad. The personal-care brand has come out with a new commercial that has done the predictable – smashed the patriarchy!…at least it thought. 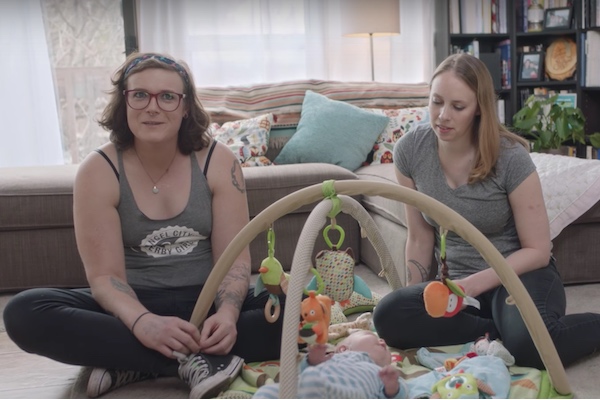 Unilever is the parent company that put out quite of few studies on how mothers do their duties and what makes a ‘real’ mother.

Nick Soukas[2] is the vice president of skin cleansing for Dove and recently explained what these commissioned studies were all about:

‘In the US, we conducted new research with US moms and learned that 84 percent of moms believe that the stereotype of the “perfect mom” is an outdated standard for modern parents to live up to and creates even more anxiety for them.’

So, in order to really sink in their idea of what a ‘real’ mom was, they also produced a commercial that showcased a mother who puts her really bad break-dancing skills before her child and also a male father who believes himself to be a mother, in both physical appearance and role. Mind you his wife or girlfriend is already the mother, but that’s just a minor detail because males with penises can be moms too…IF YOU DON’T AGREE YOU’RE A BIGOT AND A SCUMBAG!

As you saw for yourself, the beginning of the ad campaign had the sentence, ‘there are no perfect moms, only real ones’ scrawled across the screen and that’s exactly what Soukas wanted to convey through that ad commercial:

‘Our film depicts a broad, inclusive portrait of modern parenthood that challenges the “perfect mom” stereotype that does not reflect the reality of today’s moms.’

‘The video aims to show off diverse parenting styles and ‘shatter stereotypes about motherhood and prove that there are no rules about how to be a parent today’.