Family Of Four: ALL Identify As Transgender Including Two Young Kids – Yes, Really

It looks like mental illnesses really do run in the family. That is a literal statement for this family of four from Queen Creek, Arizona. This is a tough one to keep straight, I will do my best. For clarity’s sake, I will use their preferred pronouns, because I don’t care either way. Sounds like a circus to me. 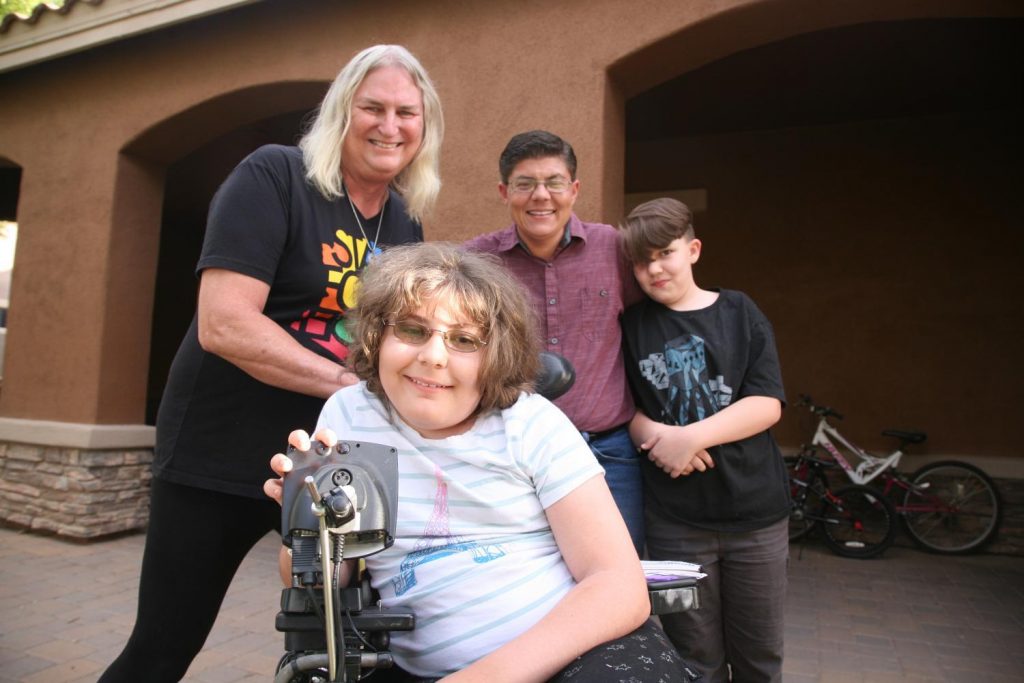 Daniel Harrott, 41, is the biological parent of the two trans-children. He was “assigned” female gender at birth, presumably because he (or is it she?) had a vagina and ovaries and nary a Y chromosome in her (or is it his?) body and now lives life as a transgender man.

His son and daughter identify as his daughter and son, respectively. They want to inherit the family business someday, so they also say they were “assigned” the wrong gender at birth. Shirley Austin, 62, was a dude, but is now a perfect female companion to Daniel when they met at a support group for raising trans-kids. The two are engaged to be married. So, it’s a straight marriage, but for all the wrong reasons. Who is going to make that cake?

“The whole family is in transition,” Austin told KJZZ. They are one big happy, transitioning, family. Sounds like a great time at family dinners. 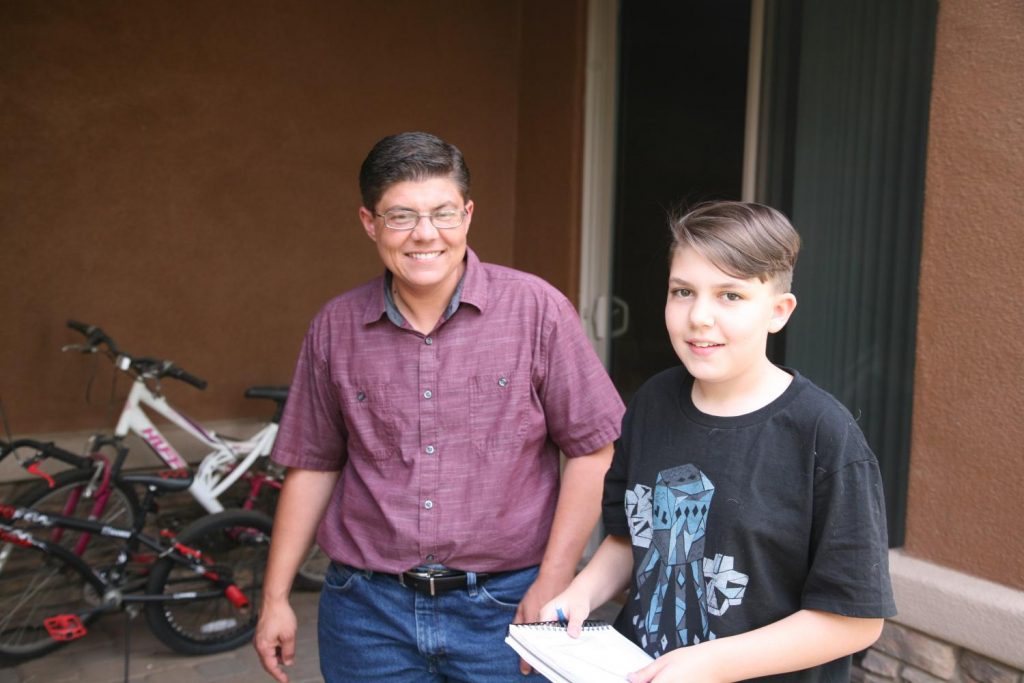 “It feels like you’re getting to live for the first time,” Harrott said. “And my children are getting to be who they’ve always wanted to be.”

Yeah, it sounds like they are getting to be who you’ve always wanted them to be. I doubt an 11 year-old and a 13 year-old are really sure they want to be the opposite gender. Children crave love and acceptance from their parents. This is no different.

“I think I was only, like 6 or 7,” Joshua said, of when she realized she was trans. Hmmm, something is fishy about that. When I was 6, I wanted to be a dinosaur, but my parents didn’t indulge my delusion.

Harrott says trans runs in the family. His grandmother’s sister was called a “cross-dresser,” he said.

“Of course my mother just gave that same lesson: ‘This is not OK. You must be a girl. This is who you were born to be,'” Harrott said. At least someone has some sense in this family. Harrott lived most of his life as a woman, but felt that women’s clothing wasn’t right for him, so he decided to inject deadly hormones into himself. Sounds pretty rational. He married a man and popped out two kids, the most womanly thing you can do, but it never felt right.

Joshua, the little girl, wanted to join the Girl Scouts last year. Harrott first came across the term “transgender” then.

“When I finally looked [‘transgender’] up, I realized, ‘Oh my gosh, they’re trans, and I know it’s true – because I am, too, and it’s been my whole life,'” Harrott said. Shortly after the weirdest family council in the history of the world, Joshua came out as a trans-girl and Mason came out as a trans-boy.

The children gave him courage to dress like a dude. So brave.

“I opened my eyes, looked in that dressing room mirror and went, ‘Oh this is it. This is perfect. This is me,'” he said.

During this whole chaotic period in the family’s lives, Harrott met Austin at an organization that supports parents of trans-youth. Austin had also been previously married and transitioned later in life and thought her situation was cemented. 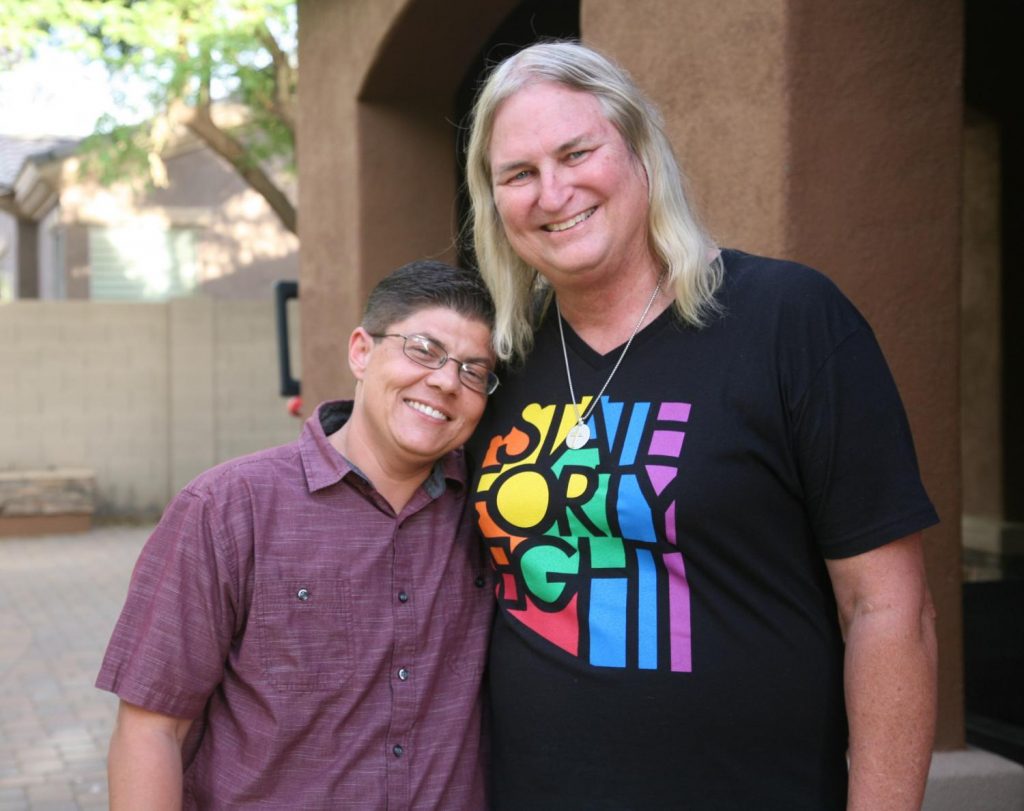 “I was never accepted before by people that really loved me, and we were married,” she said. “So why would any of that change?”

The family grew together and Harrot and Austin fell in love.

“It was so freeing, because I knew I could be me, and they’re going to understand me for who I am,” Austin said. “They’re going to know the hurts that I feel and how we can help each other.”

Look, I’ve said this before. I don’t care what consenting adults do. I think it’s a manifestation of a deeper mental health issue, but they are free to do as they please. But please don’t give hormone blockers to kids. Not that these kids are getting them, I don’t know their situation, it’s just a general statement. Get it right, bigots[4].