The media blitzkrieg to glamorize all things transgender has had an effect Down Under:

Children think it’s cool to be transgender and they’re trying the self-identity out in droves, claims an Australian psychiatrist.

Psychiatrist Stephen Stathis, who runs the gender clinic at Brisbane’s Lady Cilento Children’s Hospital and is responsible for diagnosing gender dysphoria, reports that “many” youth are “trying out being transgender” in order to stand out.

Apparently, declaring oneself “transgender” is trendy. “One said to me, ‘Doctor Steve … I want to be transgender, it’s the new black,’” Stathis related.

This guy evidently favors the whole transgender phenomenon, which contributes to his livelihood, but at least he has some reservations.

Some are so convinced their life would be better if they were the opposite sex that they do something drastic or permanent. “I’ve seen genital mutilation, some who try to cut off their penis,’’ Stathis said.

Others are chemically disfigured by medical professionals who ought to lose their licenses if not face prison terms for their outrageous violation of the principle, first do no harm. Gender confusion is normally temporary; the damage inflicted by hormone blockers is not.

Unsurprisingly, the attempted suicide rate among transgenders is not far short of 50% — and no, this is not due to “discrimination,” liberal dogma notwithstanding.

Proud of yourselves, progressive social engineers? 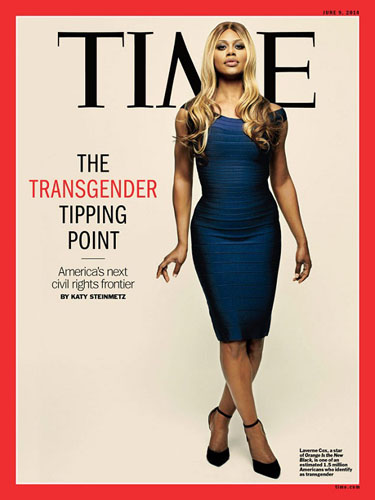 Very trendy but not very healthy.