There are a lot of people who are mystified by the idea that someone is “transgender” and believes that they were born in the wrong body. Scientists have been cited by both sides of the issue with some saying that it’s a mental disorder and others saying that it’s possible for a male brain to be put inside of a female body or vice versa.

A Johns Hopkins Psychiatrist has his own ideas behind what happens when a person transitions: Nothing. They do not become the opposite gender. 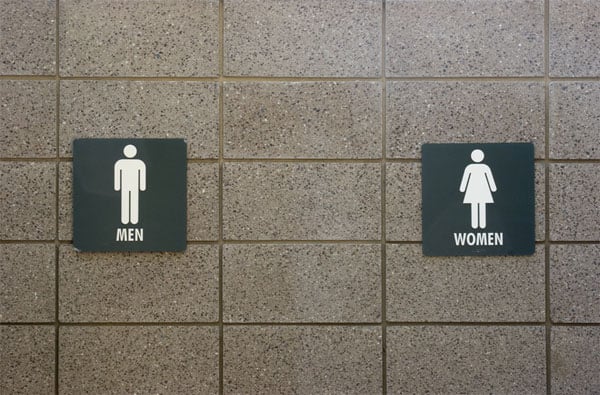 Dr. Paul R. McHugh ran one of the pioneering sex-change surgery centers in America which was later shut down. He is a Distinguished Service Professor of Psychiatry at Johns Hopkins University and penned a piece for the Whitherspoon Institute in 2016 that states that men who undergo gender reassignment surgery do not become women, and vice versa.

He made the decision to stop all operations in 1979 after seeing the tremendous suffering of those with what we now call gender identity disorder, which is a whole lot different than what the left has been telling you.

Jon Meyer headed up the hospital’s Sexual Behaviors Consultation Unit and studied a small sample of people who had previously undergone gender reassignment surgery. While he discovered that the surgery itself was “subjectively satisfying” for the patients, there was “no objective advantage in terms of social rehabilitation.”

“With these facts in hand,” McHugh said, “I concluded that Hopkins was fundamentally cooperating with a mental illness.”

In 2016, McHugh still held the same opinion, albeit significantly less popular than before.

“The idea that one’s sex is fluid and a matter open to choice runs unquestioned through our culture and is reflected everywhere in the media, the theater, the classroom, and in many medical clinics,” he wrote in his piece. “It has taken on cult-like features: its own special lingo, internet chat rooms providing slick answers to new recruits, and clubs for easy access to dresses and styles supporting the sex change. It is doing much damage to families, adolescents, and children and should be confronted as an opinion without biological foundation wherever it emerges.”

“I am ever trying to be the boy among the bystanders who points to what’s real,” he concluded. “I do so not only because truth matters, but also because overlooked amid the hoopla — enhanced now by Bruce Jenner’s celebrity and Annie Leibovitz’s photography — stand many victims.”

Do you think transgenderism is valid, or a mental illness that should be treated?