Latest Rejection of Biological Reality: Man Surgically Transforms Himself Into an Elf

If Bruce Jenner is a woman, then Luis Padron is an elf:

Luis Padron, 25, from Buenos Ares, Argentina, became obsessed with the world of elves, angels and fantasy beings after being bullied as a child.

He became determined to look like his favourite otherworldly characters and started bleaching his hair and skin.

He has almost spent more than £25,000 on surgery including liposuction on his jaw, a nose job, full body hair removal and operations to change his eye colour.

Mr Padron gets unusual looks but says he doesn’t care what people think and said he won’t stop until he has fully ‘transformed’ into an elf.

He is planning surgery to make his ears pointed, hair implants for a heart-shaped hairline and a limb lengthening operation to make him 6ft 5in tall.

His to-do list also includes muscle implants and the removal of four ribs to make his waist thinner.

“I consider myself trans-species, in the same way transgender people feel, I need to become how I feel inside…”

Where does it stop? 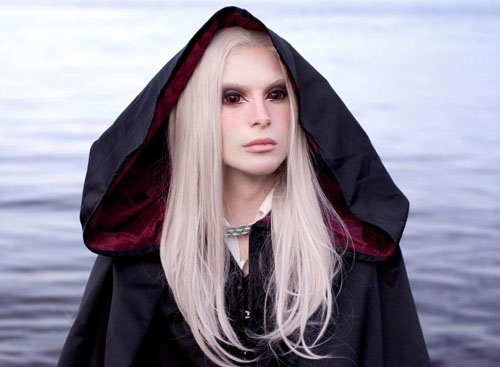 Luis Padron identifies as an elf.