According to liberal ideology, we are all assigned a biological gender at birth by a nonexistent god who is not very competent and often hands out the wrong one, so that later we must get it corrected with surgical and chemical procedures that convert us into the opposite sex through the miracles of modern science. That way, we can force our assigned bodies to comply with the true gender of our inner hearts. Only someone with a PhD in Gender Studies could tell us where Sam Hashimi fits into this scheme:

Sam spent £100,000 on private gender re-assignment surgery in 1997 to transition into Samantha, during which male organs were removed and female genitalia re-fashioned.

[He] had breast implants, a nose job, tooth veneers and an operation to remove [his] Adam’s apple and tighten [his] vocal chords, to feminise Sam’s appearance and voice.

At first [he] was thrilled with [his] transformation, but seven years later, Samantha made the shocking public declaration that life as a woman was disappointing and ‘shallow’. …

So, in 2004, Sam spent thousands more to reverse the sex change operation, having decided [he] had made a terrible mistake and life was better as man.

But it was too late to go back to accepting biological reality. That bridge had been burnt behind him.

‘The reversal operation did not return me to the man I once was, just an approximation.

‘With the exception of Victoria [his fiancée], I was rejected by both men and women. The original surgery was effectively irreversible. You can’t turn back into a man because whatever defines the male has been completely removed, so how can you bring it back?’

At last word, he has changed his name to Sam Kane and identifies as a woman again. Victoria wisely dumped him. Whether there will be further grotesque surgical procedures is unclear. He says he is happy to be single at age 57. Another life has been destroyed by moonbattery.

‘Not only am I a real woman; I would go even further to say that a transgender woman has more claim to womanhood that a “biological” woman.’

Rather than encouraging him to get the psychiatric help he so desperately needs, society egged him on in his dysfunction and delusions. The result could only be tragic. 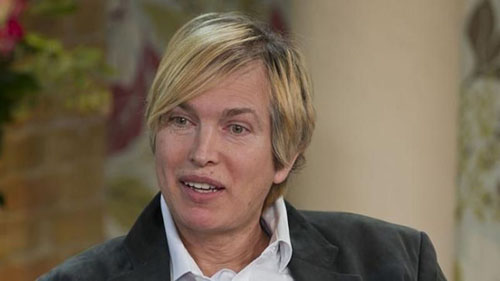 Sam Hashimi: certainly not female, but no longer male either.