This is what happens when you dick with biology. When Australian Patrick Mitchell was 12 years-old, he began to transition from boy to girl with his mother’s assistance. He was diagnosed with gender dysphoria, a condition in which one’s gender identity doesn’t match with biology. It’s all the rage on the left these days and many children are victims of it and what I term as child abuse. When Patrick turned 14, he wanted to be a boy again. He wanted to undo what had been done to him. “I started developing like a girl would — which was the thing that I wanted at that time. But now that’s not so helpful,” he told the Australian version of “60 Minutes” in an interview that aired in September.

“You kind of have an image of what being a boy and being a girl is like, but when you actually experience it, it’s very different,” he said. “I realized that I could be happy without completely changing who I am. I began to realize I was actually comfortable in my body. Every day I just felt better,” he said. This is why I say a child is not mentally mature enough to know if they want to undergo a radical change like this. In fact, I don’t think anyone is. It speaks to mental instability and immaturity. Shame on his mother for allowing it. 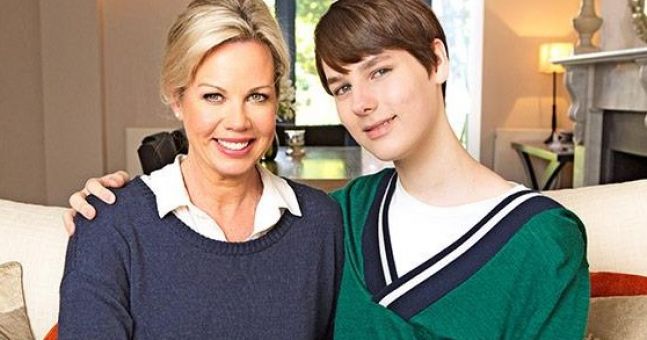 Patrick’s mother says he was the one that brought up the issue. “He looked me in the eye and said ‘I’m just not sure that I am a girl,’” Alison Mitchell explained. So, you thought it was responsible to then try and change him biologically? Messing him up mentally and physically for the rest of his life? Did you weigh the fact transgenders have an exceedingly high suicide rate? What kind of mother does this?

Patrick quit using the estrogen hormone he was taking, but unfortunately for him, he grew breasts while transitioning. Those are still there. One physician came right out and said that Patrick’s story should be a cautionary take for parents who think this is a good idea. Pediatrician John Whitehall said he disputes the trend that there are large numbers of gender dysphoria cases in Australia. “I think we have to acknowledge there are a lot of children who are confused about their gender identity. It is a normal phase that they would go through. It’s not uncommon to be confused. The good news is, they’re going to grow out of it. Don’t mess them up,” he said. Damn… sanity for a change.

Whitehall says that he has “grave” concerns over prescribing estrogen to transgender teens because “there is no proof that this is going to work.” That’s exactly right. At least this doctor has ethics and a moral code. He points out that parents should think logically, not emotionally. As a parent, you should always put the well being of your children first. You do what is best for them whether they like it or not. That’s called being a ‘parent’. “You think their emotional problems are going to get better by giving them estrogen. … That’s called optimism. It’s not called scientific method. The whole thing is experimental in that sense,” Whitehall said.

Alison Mitchell said the transition from male to female seemed to be what her son had been headed toward for years. “When he was young, 3 and 4, he would dress up in girls’ clothes and at one stage he did say to me could he be taken to the doctor to be made into a girl,” she said. That’s because YOU put that thought there. Boys and girls dress up as each other when they are little. It’s called ‘playing’, you twit. But once teachers started referring to him as a girl at the start of the current school year, Patrick Mitchell knew that wasn’t him. Good for him. Parents are there to help you get through life and make sane decisions… not to be your friend or to play God with your biology.