Parents are now pissed after a kindergarten lesson involved a student’s ‘gender reveal’ ceremony, mid-class. The incident happened last year after a Rocklin Academy Gateway teacher thought it would be right for her to teach a lesson on transgenderism because a boy in the class is transitioning to a girl[1], according to local news sources.

The California charter school and parents are now in a huge legal battle over whether the lesson was even right for her to teach in that setting to small children.

The answer is a resounding NO, if you can’t figure it out. 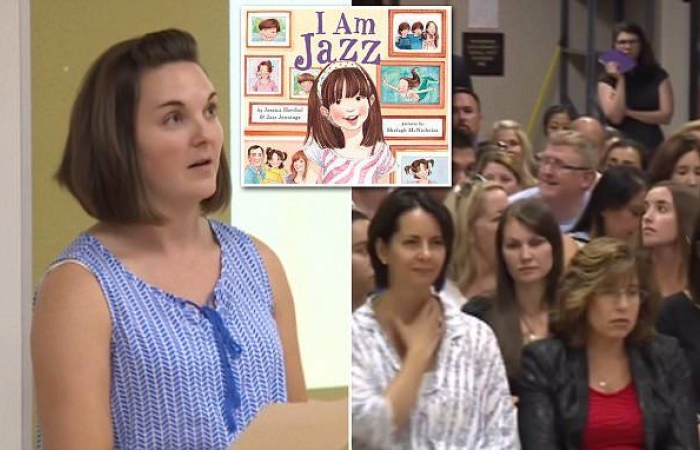 During the lesson on the second-to-last day before summer break, the teacher, who has not been named, read two books, I am Jazz and The Red Crayon. Both are meant to explain ‘transgenderism’ to children between ages four and eight. However, in what critics are calling a ‘transition ceremony’, the teacher introduced the five-year-old student to the class as a boy. The student then went into the bathroom and emerged dressed as a girl.

The teacher then reintroduced her to the children, and explained she was now a girl with a girl’s name and was to be called that from now on.

Many parents said that the teacher didn’t even notify them that she was going to teach a controversial topic and they didn’t even find out until a week later when a letter was finally sent out.

Angry parents went to the Pacific Justice Institute and the California Family Council to get help representing them.

“These kids who had never struggled with their gender identity before are all of a sudden scared they could be turned into a boy,” Greg Burt, director of capitol engagement with the California Family Council, told local media.

But that didn’t phase the teacher who read the books and she in turn defended her actions during a school board meeting that took place on Monday.

‘I’m so proud of my students, it was never my intent to harm any students but to help them through a difficult situation.’

There are so many levels of absolutely CRAZY in this story, no one should have to explain just what they are. If they do, you have something wrong with your brain and character.