You have got to be freaking kidding me. Pounding my head on the desk… again. The transgender “interim guidance” rules set by Defense Secretary Jim Mattis do indeed block the pro-transgender policies of Barack Obama. But… they don’t repudiate the notion that genders are interchangeable, depending on how you feel that day. I had hoped they would stop this insanity entirely and immediately. Nope. The Pentagon will keep paying for cosmetic “sex reassignment” surgeries through March 22nd, 2018. And even after that, they will make exceptions. This is ostensibly “to protect the health of an individual who has already begun a course of treatment to reassign his or her sex.” I feel like they are trying to have this both ways, sort of like choosing genders. Sheesh.

I’m disappointed in Mattis’ continued acceptance of the gender-trumps-biology claim, even though President Trump repudiated it. Mattis’ attitude and vocabulary here is similar to what Obama put forth. I’m not the only one concerned over this either. We also have no idea who will make up the group that will draft the new regulations. Mattis’ attitude here is seen as a slow motion disagreement with Trump’s transgender policy according to some transgender advocates. 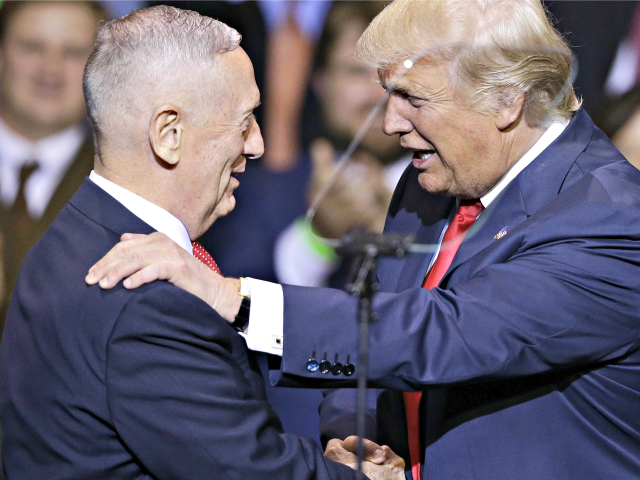 The “interim guidance” rules released September 18th by Mattis accepts that sex is not determined by biology, but is decided by a person’s choice of “gender identity.” Service members who have completed their gender transition process and whose gender market has been changed in DEERS [a Pentagon database] will continue to serve in their preferred gender while this Interim Guidance remains in effect … [and personnel may not be discharged] on the basis of a gender dysphoria diagnosis or transgender status. This could set precedent in court cases and in Congress… and it won’t be a good one. It gives credence and standing to this insanity.

I wonder if this means women will still have to shower and bunk with transsexual men. The policies in place previously also extended to children of soldiers by offering to conduct “sex-change” treatments on children. All of this is in direct contradiction to what President Trump originally mandated… that biology determines sex and that transgenders would no longer be in the military. That was because they have lengthy hormone treatments and surgeries that make them unfit for combat. So much for that I guess.

Congress will fight and brawl over this one. The left wants the whole gender fluidity thing codified and enforced. Many in Congress don’t want this and most Americans don’t want it either. A lot will hinge on this new group who will make up the guidelines. We just want the normal military back that is ready for battle. Isn’t there anyone with the nerve to stop this crap? I want perversion out of the armed forces… period.

Judges tell school officials to obey a teenage girl cos' she's 'transgender' — whatever the impact on kids & teens https://t.co/dDJA5EhZJR[7]