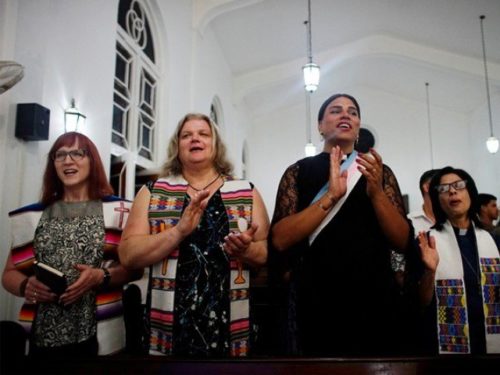 Cuba is in the news again. And as per usual it isn’t for something positive. Depravity[2] has reached new depths as a transgender group held the first “transgender mass.” It was held in conjunction with a three-day conference on transsexuality and theology by the Matanzas-based Cuban branch of the international Metropolitan Community Church.

The “pastors” holding the mass were from other places including Brazil, the United States and Canada. One pastor, by way of defending the mass, said, “God’s love is radically inclusive.” 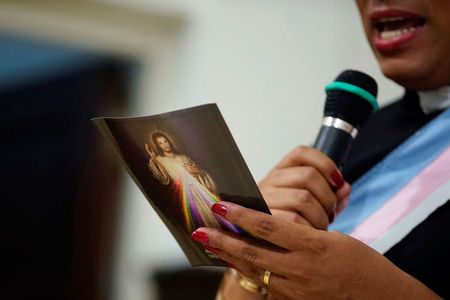 Well pastor, yes it is radically inclusive. But you may want to crack open that Bible you pretend to respect and see that although God loves all people, His standards do not include all the nutty and wrongheaded things in which people engage. God’s love beckons us to holiness and obedience to His standards, it does not give us permission to live the way we please and mischaracterize Him as being tolerant, or even supportive, of sin. 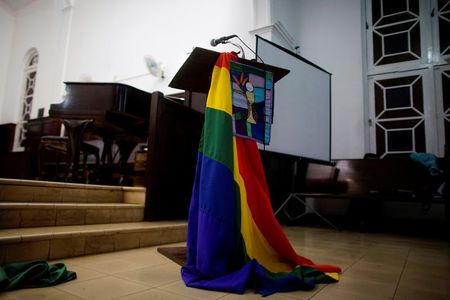 In particular, may we call your attention to the book of Romans 1? “But God shows his anger from heaven against all sinful, wicked people who suppress the truth by their wickedness. They know the truth about God because he has made it obvious to them. For ever since the world was created, people have seen the earth and sky. Through everything God made, they can clearly see his invisible qualities—his eternal power and divine nature. So they have no excuse for not knowing God. Yes, they knew God, but they wouldn’t worship him as God or even give him thanks. And they began to think up foolish ideas of what God was like. As a result, their minds became dark and confused. Claiming to be wise, they instead became utter fools. And instead of worshiping the glorious, ever-living God, they worshiped idols made to look like mere people and birds and animals and reptiles. So God abandoned them to do whatever shameful things their hearts desired. As a result, they did vile and degrading things with each other’s bodies. They traded the truth about God for a lie. So they worshiped and served the things God created instead of the Creator himself, who is worthy of eternal praise! Amen. That is why God abandoned them to their shameful desires. Even the women turned against the natural way to have sex and instead indulged in sex with each other. And the men, instead of having normal sexual relations with women, burned with lust for each other. Men did shameful things with other men, and as a result of this sin, they suffered within themselves the penalty they deserved. Since they thought it foolish to acknowledge God, he abandoned them to their foolish thinking and let them do things that should never be done.”

THAT is radical love, sacrificing His only Son so that we could be made right with Him and live in a way that pleases Him. He didn’t send His Son to the cross to condone sin, He sent Him to the cross to conquer sin and death forever. 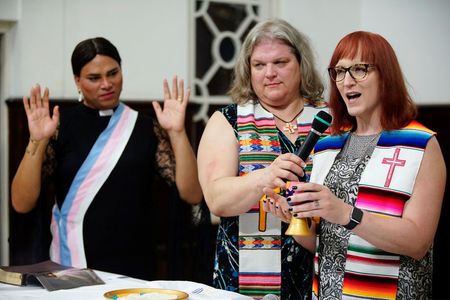 This sad and twisted mass centered around transgenderism. But worship is meant to center around honoring God, not honoring human beings. Yes, indeed God’s love is radically inclusive. So much so that this is how God loved the world: He gave his one and only Son, so that everyone who believes in him will not perish but have eternal life. God sent his Son into the world not to judge the world, but to save the world through him. “There is no judgment against anyone who believes in him. But anyone who does not believe in him has already been judged for not believing in God’s one and only Son. And the judgment is based on this fact: God’s light came into the world, but people loved the darkness more than the light, for their actions were evil. All who do evil hate the light and refuse to go near it for fear their sins will be exposed. But those who do what is right come to the light so others can see that they are doing what God wants.”

All people are separated from God by their sin. All people have the same need of God’s redeeming love through faith in Christ. These misguided folks are no different from the rest of us when it comes to our need to humble ourselves before God. It is time to stop trying to use the name of God to validate our wrong choices. He is patiently waiting for us to come to Him and admit we have gotten it wrong. And when we do, His radically inclusive love will be waiting.

It is a shame that Cuba, a nation with so many problems, also has this to contend with; the false religion of human sexuality. Here’s hoping the truth will triumph and all these misled folks will leave behind the worship of deviant genderism and find His truth and love in their lives. Here’s hoping we all find it, because we all need it.
‭‭
In John Hawkins’ new book, ‘101 Things All Young Adults Should Know’, he teaches in number 13, “Men should embrace their masculinity and women should embrace their femininity.” Indeed they should. God made each of us what we are from the moment we were conceived. And no amount of unhappiness on our part means that He messed up.