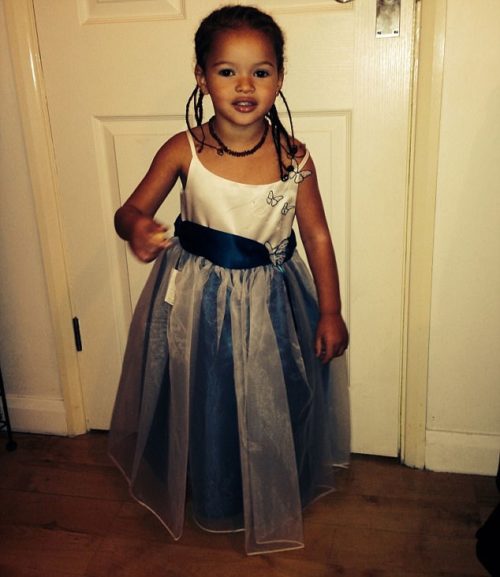 Once upon a time there was a beautiful little girl. Her eyes sparkled and danced, her curls formed a perfect halo around her adorable little face, this precious one had her whole life ahead of her. Until one day, at the ripe, wise, old age of four, the beautiful little girl decided she was in fact, a little boy. And so began the quest of the little princess to become a little prince. 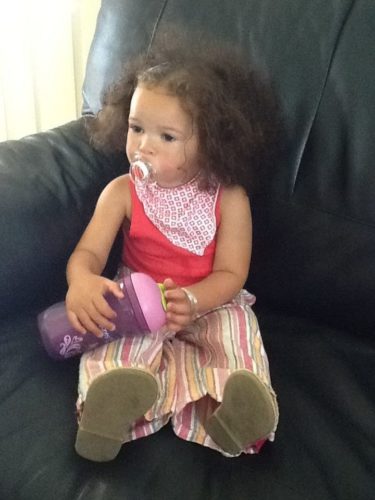 Talia Jones, now Dexter Jones, with the blessing of her parents and of course the British government, has traded in her girl’s clothing for boy’s, and her long halo of beautiful curls for a cropped boyish haircut. But there’s no hiding that gorgeous girl’s face. It shines out from among the boy trappings, as pretty as it ever was. Talia was officially diagnosed with gender dysphoria, a condition where the victim believes he or she is supposed to be the opposite gender. Traditionally, before being transgender became a trendy condition, gender dysphoria was called gender identity disorder and treated with therapy and an emphasis on helping the person to accept and thrive as their birth gender. It used to be seen as a disorder, now it’s assumed right away that the delusion of being something we are not, is true, and must be accommodated even to the point of radical body altering surgery. In other words, it has become a shared delusion between the victim, the medical community, the culture and the victims’s family. Why? Well, no one wants to do the hard thing; help the child understand that she is not a boy, no matter how much she likes to play with cars or dislikes dresses. It’s difficult to tell someone you love that they are not seeing things as they really are. Our reaction in this day and age is to encourage the delusion, feed into it and affirm it. But getting involved in a person’s factless fantasy isn’t love, it’s fear. It’s fear of losing the love of that person. It’s fear of facing the very possible relational consequences of not playing along. People who are living in a fantasy need the people who love them to be truthful, not to enable their destructive thought patterns and life choices. Some children believe they are dinosaurs or superheroes or fairies. And that’s fine for those fleeting years of childhood fantasy. But we wouldn’t think of enabling those beliefs into teen years and adulthood. We wouldn’t perform surgery to give a child fairy wings, or insert a row of spiny dinosaur plates on his back. We wouldn’t intervene medically to stop normal growth and keep the child in a childlike state so as to prolong the delusion that she is a fairy or that he is a dinosaur. Permanent physical alteration is drastic and irreversible. And as the adults, we are tasked with teaching and helping young people to know who they are according to their birth gender, not with helping them to mutilate themselves and live in a world of their own making. 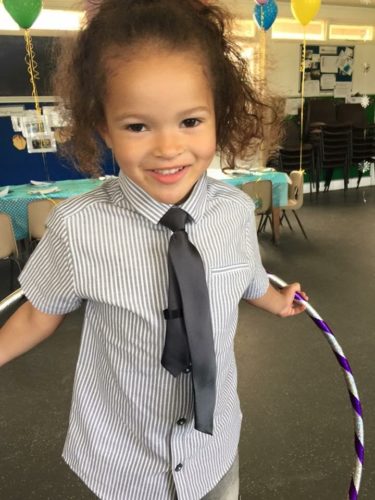 This child, Dexter, as he/she wants to be called, is being misled by the adults in his/her life. They believe they are helping. They think this is love. But love tells the truth. And the truth is that she is Talia, not Dexter. Six year-olds are not qualified to decide their gender. One, because it has already been decided and there is nothing to decide, and two, because six year-olds have no ability to understand the ramifications and realities of such a decision.

Some Christian families at some schools have objected to those schools allowing boys to wear dresses. Dexter’s mother says they “are acting in the name of religion, surely they should be more accepting of others? My son has shown more emotional maturity than they have.” No, your “son” is is six. And his/her emotions are not at all in a healthy state. It is not emotionally mature to believe you are someone you’re not. 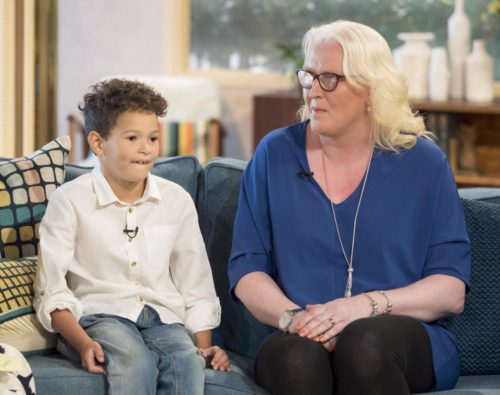 Dexter is said to be happy. Dexter’s mother rejects any insinuation that what is happening isn’t healthy or reasonable. But Dexter is only 6 and lives in a narrow world of home and school. One day, when Dexter’s heart is breaking and drowning in the sorrow of the tragedy of her choices, she will want to know why the very people tasked with raising her to understand who she was born to be, abdicated their responsibility and chose to align themselves with our twisted culture and the fantasies of a four year-old instead. And that will be a sad day indeed.

Dexter’s mother Mienna, has said, “But, for me, it would be fundamentally wrong to force Dexter to live as Talia, because he was so unhappy. We’re a long way off any treatment or an operation, but being under the umbrella of the Tavistock (NHS Clinic) makes us feel that we’re in safe hands. As horrible a road as this is, I am thankful that we are dealing with it now. It must be an absolute torment to discover you are transgender during the tricky teenage years.”

The truth is, Mienna, that deciding you are transgender at any age is an absolute torment. Why? Because fundamentally denying who your DNA says you are is going to tear your life, mind and heart apart. The human psyche wasn’t built for that kind of untenable conflict. It was made to be lovingly trained and taught what it means to be male or female by parents. And an unhappy girl doesn’t mean she should be encouraged to pursue what she THINKS will make her happy, in this case being a boy. What if she had said she was really a giraffe and demanded acacia leaves for every meal? Here’s a novel idea; help her to be happy with who she is instead of trying to change her into someone she’s not. Our culture is always harping about how we need to accept each other for who we are and yet we justify encouraging children like Talia, to refuse to accept who they were born to be. Truth sets us free. Lies bring lifelong misery. Choose truth.