As of this morning[1], just a few minutes ago, the #BoycottTarget tally stands at 500,966. Both my husband and myself signed the pledge. I would hope everyone out there with any sense of morality or common sense would sign it as well. Typically, we visit Target several times a month. No longer after they implemented a policy corporate wide of allowing transgenders to use the bathroom of their choice. This opens bathrooms to voyeurs, perverts, rapists and pedophiles. Target is putting the wants of a minute depraved few over their customers. They had already done that concerning guns. Target just issued a response over the massive boycott against them… and they doubled down. I hope they go out of business and fast. 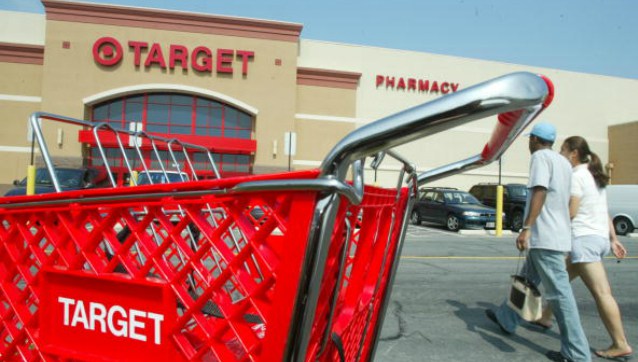 After the superstore announced[3] it would be allowing men who identify as women into the women’s bathroom, a viral boycott of now almost 400,000 fed up customers[4] has swept the internet.

Over 396,000 Target customers have pledged to not shop at the store due to the transgender bathroom policy, forcing the store’s executives to release a statement on the issue.

But, the Target statement could set off even more customers.

“In our stores, we demonstrate our commitment to an inclusive experience in many ways,” the statement read. “Most relevant for the conversations currently underway, we welcome transgender team members and guests to use the restroom or fitting room facility that corresponds with their gender identity.”

Target said the company often looks into the impact of their views on customer approval and profits, but still did not lighten up on the bathroom policy in any way.

“We regularly assess issues and consider many factors such as impact to our business, guests and team members,” the statement continued. “Given the specific questions these legislative proposals raised about how we manage our fitting rooms and restrooms, we felt it was important to state our position.”

Wow… talk about tone deaf and not getting it. It’s not that there will be incidents in Target bathrooms, I understand there already have been. Do you want to subject your mother, wife, daughters or granddaughters to this kind of depravity? I sure don’t and I won’t… period. Target loves gays and transgenders… they hate guns as well. Looks like they aren’t too fond of their customer base either. I don’t usually do boycotts, but this one is worth doing. If we can’t get the bathroom thing right, how in the heck are we going to right our country and save the Republic? Not to mention, that sooner or later this is going to turn violent and the deviant will be let go over it. Then things will get really interesting.