The “Transgender Bathroom Policy” GRIPS The Nation In CHAOS – Now Obama Claims THIS…!?

You’ve got to be kidding me.[1] The hubris and arrogance of Obama knows no bounds. He will claim black is white and up is down… then he’ll demand that you believe him unquestioningly. Obama is now denying that he made transgender bathrooms an issue. And to back up his claims, he’s invoking, wait for it… the Bible and The Golden Rule. This man is no more a Christian than Erdogan is. He only uses the Bible when it is a handy tool to bludgeon the faithful with. Obama is responsible for every bit of chaos this whole issue has engendered. He owns it. 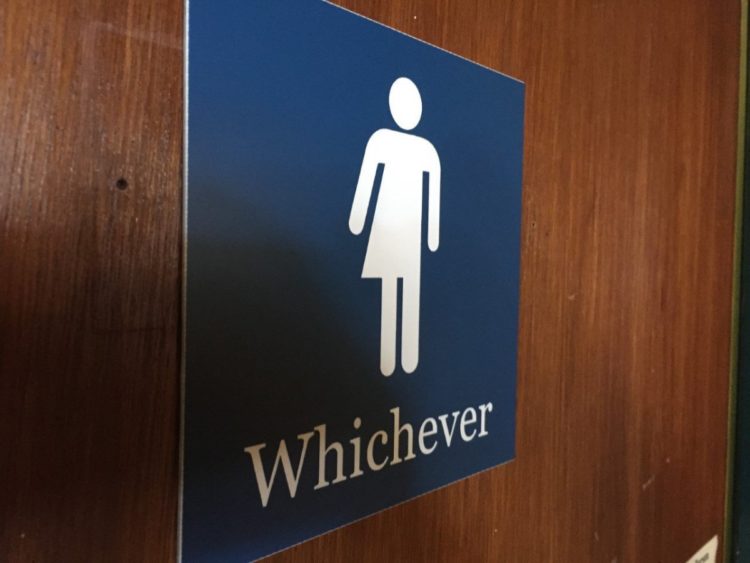 On Wednesday, President Obama outrageously denied that he’s made transgender bathrooms an issues. Oh, and the Bible clearly backs up his non-issue-making trans position, added our commander-in-chief, addressing those Bible-clinging conservative loon-bags.

“It’s not like I woke up one day and I said, man, you know what we really need to do is let’s start working on high school bathrooms,” he added[3].

Making matters worse, Obama backed up his trans-agenda by citing Biblical scripture. “My reading of scripture tells me that [the] Golden Rule is pretty high up there in terms of my Christian belief,” he said.

Obama has done nothing but jam the transgender issue down our throats for months. He signed a mandate telling all public schools that they would enforce transgenders in bathrooms, locker rooms and other spaces, or he would pull their federal funding and possibly sue them. Then he declares June LGBT month to enforce and bolster his actions. Obama, while speaking at a town hall event in Indiana, explained that his transgender push is based on “law and the best interests of children,” reports Fox News. There is no such law. He is making it up as he goes as cover. “What happened and what continues to happen is you have transgender kids in schools. And they get bullied. And they get ostracized. And it’s tough for them,” said Obama in defense of his public school directive. “My best interpretation of what our laws and our obligations are is that we should try to accommodate these kids so that they are not in a vulnerable situation.” What about the overwhelming majority of children who are not transgender? How do you think they feel? What about their rights? By accommodating .3% of the population, you are offending and abridging the rights of the other 99.7%. It’s madness and it’s purposefully evil. And citing the Bible for his political agenda is blasphemy.