Video: Carson Reveals Solution For Transgender Bathrooms, Libs Accuse Him Of THIS

Ben Carson suggests a half decent solution for the trans bathroom problem[1], but Liberals are too stupid to grasp the concept of it. 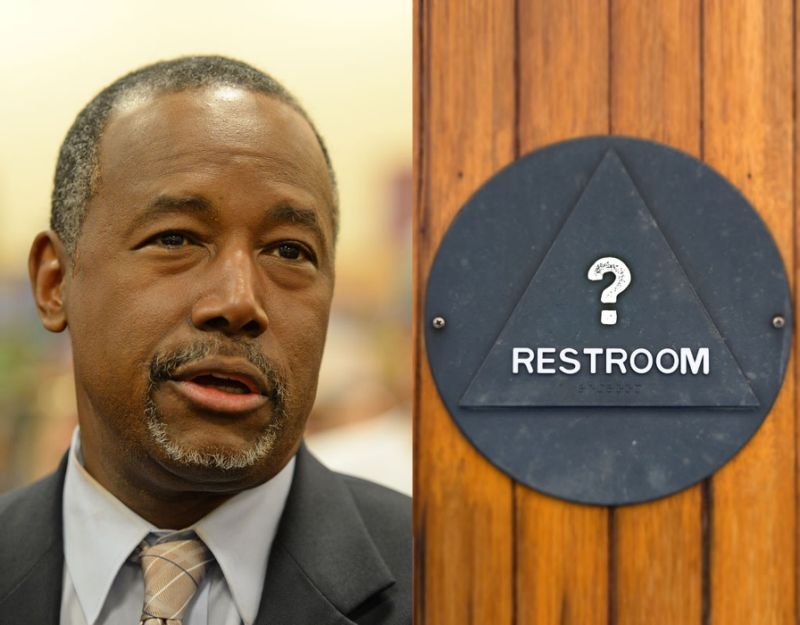 “How about we have a transgender bathroom?” Carson said Thursday in an interview with Jorge Ramos of Fusion.

“It’s not fair for them to make everybody else uncomfortable,” he added.

Then Carson got to the root of his opposition to movements that need an extra layer of rights on top of the equality enjoyed by all Americans.

“It’s one of the things that I don’t particularly like about the [LGBT] movement. I think everybody has equal rights, but I’m not sure that anybody should have extra rights — extra rights when it comes to redefining everything for everybody else and imposing your view on everybody else.”

Then Chad Griffin of the Human Rights Campaign said this:

“Ben Carson’s hateful comments are out of touch and all candidates should immediately make clear that they disavow his dangerously transphobic views.”

Are liberals born this stupid, or do they have have a degree in it?