Yale just literally threw their reputation and history in the crapper.[1] They have now instilled gender neutral bathrooms and issued maps where they can be found on campus. Even the Brits are making fun of us now, saying that Yale has determined where people have a right to pee. SMH. It says something that the most important topic at Yale’s commencement was who could use what bathroom and the plight of trannies. Higher ed is in the toilet. But there’s more insanity… the pronoun nuttiness is being used on campus and it also applies to gender reassignment. I can’t take it anymore. Not only are these people pushing the rights of .3% of the population ahead of the majority… they are mandating perversion as the moral thing to do. It’s enough to make your head spin and definitely to keep your kids out of Yale. 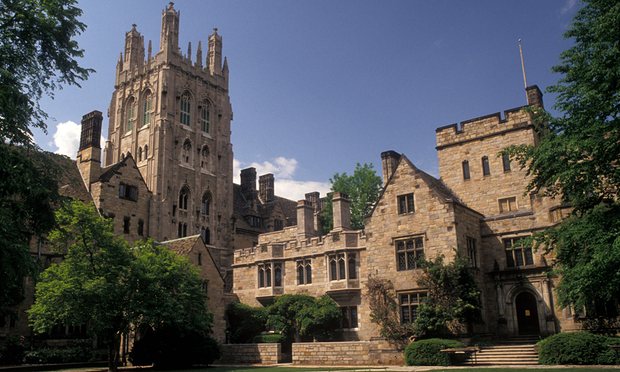 Yale has become the latest college to introduce gender-neutral restrooms. The move comes as conservative and liberal legislators in states across the nation battle over where they believe their constituents have a right to pee.

The measure was announced ahead of the Ivy League school’s 315th commencement, and included an interactive map of where to find 332 gender neutral bathrooms across the campus in New Haven, Connecticut.

“Yale aims to be a leader on this front,” Tamar Gendler, dean of Yale’s faculty of arts and sciences, told the Associated Press. “Part of what is important about the all-gender bathroom project, and about putting it at the top of our commencement site, is this is about public signaling.”

The university has also shifted to using students’ preferred pronouns, covering gender reassignment costs under the student health plan and allowing students to change names on identification cards, according to the AP.

As of 2015, around 150 colleges and universities across the country had incorporated gender-neutral bathrooms into school policy, according to a “Restrooms for All” policy paper from New York City comptroller Scott Stringer. The entire nation has lost their minds and moral compass. The communists must be thrilled to death. First, the legalization of same-sex marriage, now the bathroom fights… next, the normalization of pedophilia. This week, New York City required landlords and business owners to refer to people by their preferred pronoun, including “ze”. Or they will be fined up to $250,000. If everyone has rights and they further have a right to feel safe and protected, why don’t our families and children have those same rights? What about the majority of Americans? This will not end well.