Articles Of IMPEACHMENT Being Drafted Against President Trump 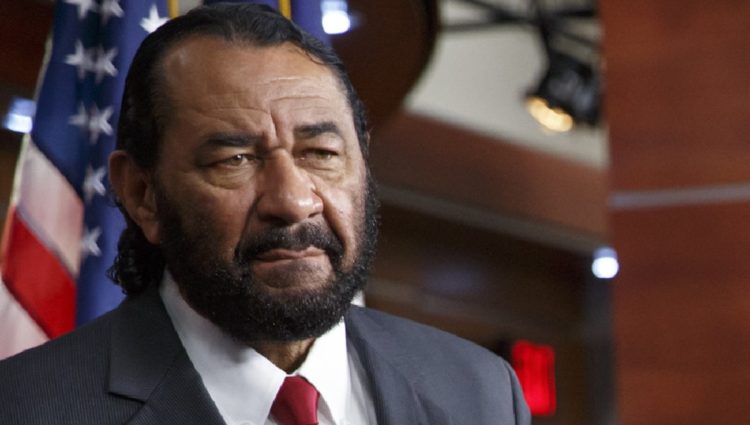 Continuing in a long, liberal attempt to delegitimize the presidency of Donald Trump, a congressman from Texas is now working out the formal, detailed plans for removing him from office. Rep. Al Green (Democrat, if that wasn’t obvious) got his first bit of media attention last month by standing up to declare that Trump must be impeached and he is the genius behind this scheme.

So far, other Congressional Democrats (ones who want to keep their jobs and not be bogged down by insane press) have stated that they would need facts on which to base impeachment, but Rep. Al Green is above such things as facts or truth, saying that he doesn’t need solid facts in this case, only debatable evidence. If it will support his case, he’ll call it a fact.

As reported by Western Journalism[2]:

“The facts are simple and indisputable,” Green said Tuesday. “The president fired the FBI director because the director was investigating the president’s campaign connections to Russian interference in the presidential election.”

“This will remain obstruction of justice regardless of the findings of any investigation,” he said.

“Obstruction of justice by the president is the problem,” he added. “Impeachment by Congress is the solution.”

Green also noted (this was just before the brand new release of FBI Director James Comey’s testimony[3]), that even if future evidence contradicts his beliefs, he will still find a need to impeach the President. This is known as the “because reasons!” defense.

He hasn’t wavered from his May 17th[4] plea that Trump must be impeached, stating “This is about my position. This is about what I believe. And this is where I stand. I will not be moved. The president must be impeached.” That is, he didn’t need evidence then and even if new evidence contradicts him, he will still continue to ignore reality in favor of his belief.