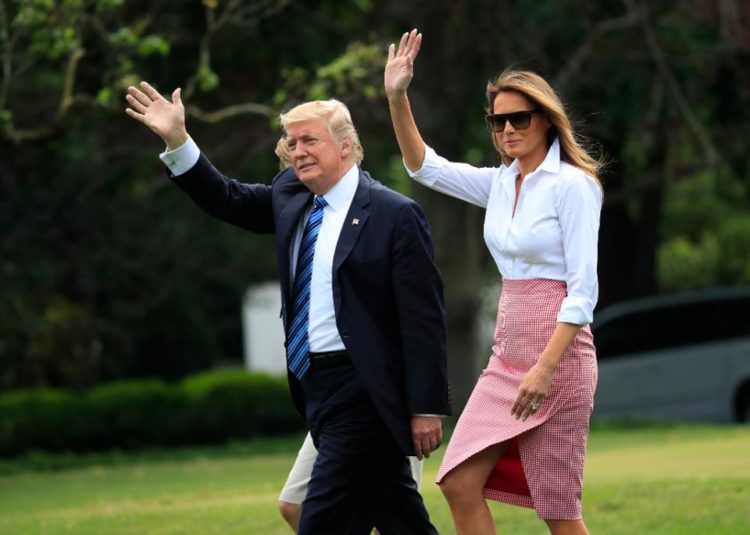 Riding into the White House on the promise to Make America Great Again, which to any conservative means cutting useless spending and reining in the budget. Since Trump is a businessman and not a politician, he’s used to defending all spending instead of accepting the costs as a matter of course. And now, with his new budget, he will be proving his point by saving the American taxpayers approximately $22 million by undertaking very reasonable spending cuts in the White House.

The cuts will limit the number of staff in the White House itself, as well as the “czars” employed by Barack over the eight years he was in charge. The “fellowships” (which were never too clear to me) will also find themselves in hot water.

As reported by Forbes[2]:

There are 110 fewer employees on White House staff under Trump than under Obama at this point in their respective presidencies.
$5.1 million in payroll savings vs. the Obama FY2015 payroll. In 2017, the Trump payroll amounts to $35.8 million for 377 employees, while the Obama payroll amounted to $40.9 million for 476 employees (FY2015).

Nineteen fewer staffers are dedicated to The First Lady of the United States (FLOTUS). Currently, there are five staffers dedicated to Melania Trump vs. 24 staffers who served Michelle Obama (FY2009).

Remember that when the media tries to mourn the loss of the Let’s Move! FLOTUS Michelle in comparison to Melania, whenever they try to paint her as a useless leech.

It’s not just the House itself that is losing extraneous staff:

Counts of the “Assistants to the President” – the most trusted advisors to the president – are the same (22) in both first-year Trump and Obama administrations. In the Trump White House, Steven Bannon, Kellyanne Conway, Omarosa Manigault, Reince Priebus, Sean Spicer and 17 others make salaries of $179,700. In Obama’s first-year, David Axelrod, Rahm Emanuel and twenty others held the title with top pay of $172,000.
The highest compensated White House Trump staffer? Mark House, Senior Policy Advisor, has a salary of $187,500. Mr. House is “on detail” from a federal agency which allows him to exceed the top pay-grade of $179,700. In Obama’s Administration (2009), David Marcozzi earned $193,000 “on detail” from Health and Human Services.

And that is why you hire a businessman and not a politician, to run the White House.