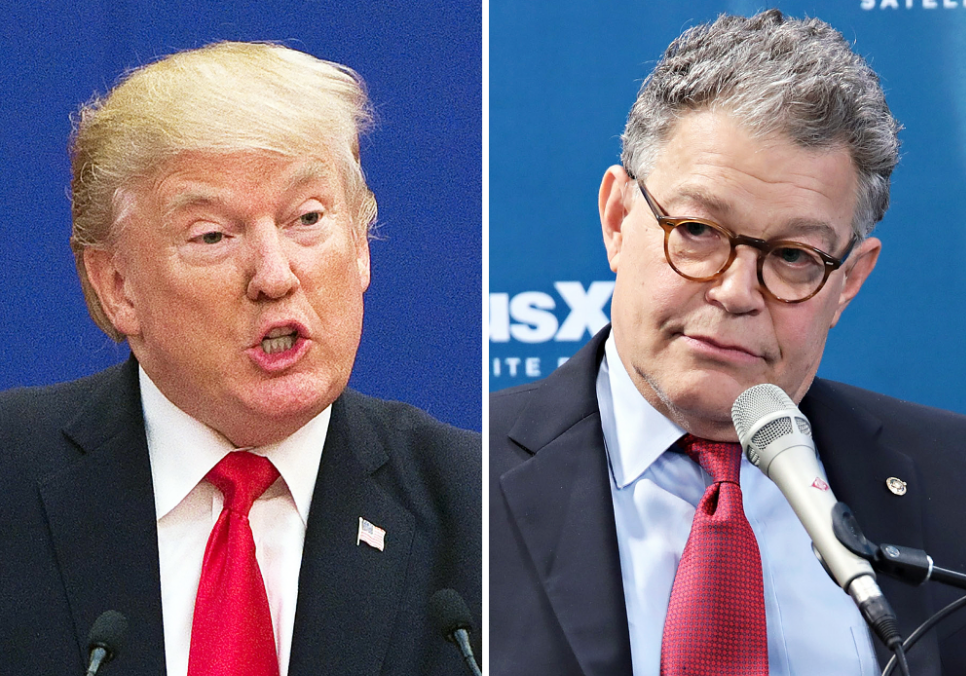 Trump has come out swinging in the recent reports suggesting that taxpayer money has been used to settle possible harassment cases brought forward against politicians, agreeing that the names of the people involved in the hush money campaigns should be released.

When asked if he thinks that the Congressional Office of Compliance needs more transparency in their sealed documents, Trump agreed before continuing to answer questions about the recent wave of sexual harassment claims by women against members of Congress, Democrat Party officials[2], Democrat members of the media and Democrats in Hollywood.

“Women are special,” said Trump, “I think it’s a very special time [with all of this bad behavior being exposed in public] because a lot of things are coming out, and I think that’s good for our society, and I think it’s very, very good for women.”

I’m really hoping that “Women Are Special” is written on the next pink-branded piece of MAGA merchandise.

Trump refused to answer any questions that were to do with the allegations against him during his Presidential run. When someone asked him about Al Franken, he said that he didn’t want to put words in Franken’s mouth or speak for him, but that he’ll have to “speak for himself” and explain both the groping of Leeann Tweeden and the allegations of rear-grabbing at the Minnesota State Fair.

At the time, he was unable to answer questions on John Conyers because he had only heard about the issue two minutes beforehand.

We reported earlier that John Conyers, now 88, was part of a $27,000 settlement[3] that was given to a female staffer after she sued Conyers for allegedly repeatedly propositioning her for sex. Several women have spoken up about Conyers so far, with one saying that he would force her to do her work in his room and he would talk “about his sexual desires,[4]” and that if she would just go along with what he wants, she might get a raise or a promotion. One woman, who signed a confidentially agreement after being given the hush money said that she was blackballed after she initially spoke up. So far, several women have given parts of their stories and they all are alleging that Conyers was sexually aggressive and that they would be kept working late in order to keep him company.

Earlier this month, several members of Congress huddled around each other to present five articles of impeachment[5] in an effort to overturn the fact that Trump won, because working on improving their party for the next election sounded like too much work.