Washington Post: It’s America’s Time To “Fight On The Beaches” 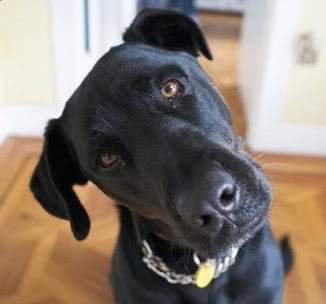 I’m not going to give you an early graphic that will give you an idea here as to what is going on with this Washington Post op-ed by Michael Gerson. Is it about ‘climate change’? Illegal immigration? Islamist jihad? Subjects that typically interest me, so, what could it be?

It’s America’s turn to ‘fight on the beaches’

The Winston Churchill biopic “Darkest Hour” is a movie that should be seen, but not entirely believed. Gary Oldman’s alternately fierce and vulnerable Churchill is a triumph of both acting and the cosmetician’s art. Just hearing him deliver snippets of Churchill’s speeches is worth the ticket price. (Am I the only one who tears up at the words “We shall fight on the beaches”? My wife: “Probably.”)

But the central conceit of the film — that a deflated, defeated Churchill required bucking up by average Brits — is fiction. Very nearly the opposite was true. The policy of appeasement was broadly popular in Britain during the early to mid-1930s. In 1938, a majority supported Neville Chamberlain’s deal at Munich (which ceded much of Czechoslovakia to Nazi Germany in return for . . . nothing). It is more accurate to say that Churchill summoned British courage and defiance by his intense idealization of British character. He saw heroic traits in his countrymen that even they, for a time, could not see. (snip)

But on June 3, even as British troops were being evacuated at Dunkirk, Churchill’s private secretary Jock Colville wrote in his diary: “Winston is tired of our always being on the defensive and is contemplating raids on the enemy. ‘How wonderful it would be,’ he writes to [Gen. Hastings] Ismay, ‘if the Germans could be made to wonder where they were going to be struck next instead of forcing us to try to wall in the Island and roof it over.’” In the midst of catastrophe, Churchill was dreaming of Normandy (and North Africa and Italy). Not the thoughts of a defeated man.

Obviously, Gerson is quite taken with the movie, and Winston Churchill. He mentions that the future freedom of England was down to Dunkirk raid, and things would certainly have been much darker had Churchill lost his nerve, and “we learn the power of unreasonable optimism…” So, of course, we then get to the real point of this piece

Many of us view this example, not only with appreciation, but with longing. The problem of our time is not only arrogance without accomplishment or swagger without success. These are common enough in politics. Rather, it is the arrival of leadership that survives by feeding resentment, hatred and disorienting flux. Leadership urging us — at angry rallies, in ethnic stereotyping, through religious bigotry — to forget who we really are as a people. Leadership that has ceased to believe in the miracle at our country’s heart — the inclusive, unifying power of American ideals.

But the moment is not permanent. Many are looking for a place to invest their hope. And some leader, we trust, will rise who calls his countrymen to choose decency and civic friendship above the destructive pleasures of hatred and blame. Who can see and summon the best in American character, even if, for the moment, it is hidden.

In the meantime, we shall fight on the beaches.

While not named, you can certainly easily extrapolate that this is All About Trump, in a derangement syndrome fashion. He might not be named, but it is rather transparent. And typical of the unhinged #Resistance nutters. Let’s make it more specific: Gerson is putting Trump in the place of the Nazis, for which some leader needs to rise to take him on.