VIRAL Video Shows TSA Security Line At Airport OUT OF CONTROL – Why? Wait For It…

This is an excellent reason[1] why I don’t fly anymore unless my life depends on it. This is utter crap. This line at Chicago’s Midway International Airport is insane. You won’t believe how long it is in this video and I don’t blame the guy filming it for saying, “Are you f**king kidding me TSA? What the f**k?” I share his sentiments. It took people nearly two hours just to get to the security checkpoint. That doesn’t include if you get pulled out of line or boarding. People posted pics on social media and were furious over it. 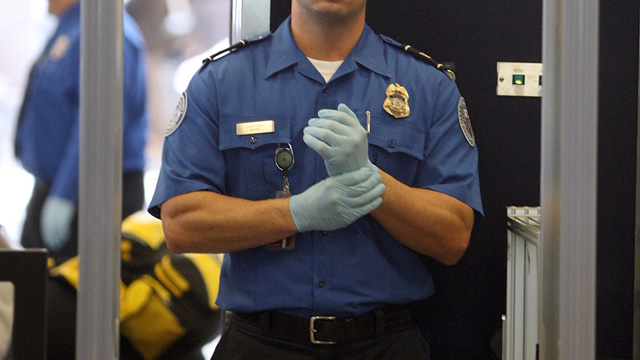 A viral video posted on YouTube shows the unbelievable length of a TSA security line at Chicago’s Midway International Airport.

Entitled “TSA are you f***ing kidding me?,” the man filming the clip states, “OK here’s the start, let’s see how long this thing is.”

He then proceeds to walk all the way down the line, which snakes all around the terminal building.

“This is still just the beginning….we’re just getting started,” he comments.

The line stretches right back to the train terminal.

James Asher blamed the TSA’s insistence on people removing their belts and shoes for the delays. This is meant to punish Americans. The TSA last week announced that because of poor staffing, delays would be MUCH longer this summer. This is a penalty for not giving them more money and power. “This is going to be a rough summer; there is no doubt about it,” Gary Rasicot, TSA chief of operations, told the New York Times. “We are probably not at the staffing level we would like to be to address the volume. This is why we are talking about people getting to the airport a little earlier than planned.” A little earlier? How about half a day earlier? This is obscene. The New York Port Authority issued an ultimatum earlier this week in a letter that stated, “We can no longer tolerate the continuing inadequacy of TSA passenger screening services. The long waits are prompting complaints from passengers, terminal operators, and airlines alike.” Ditch the TSA and go private. It will be much more efficient, much cheaper and a hell of a lot less corrupt. We’ll all be safer and happier, trust me.