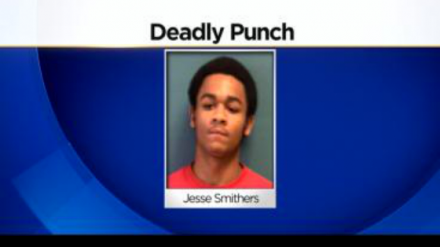 After 17 months of waiting, a family finally learned how much time the man who killed their son will be in prison.

A Stearns County judge sentenced 18-year-old Jesse Smithers to 10 years on Thursday. Smithers admitted to delivering the deadly punch in a St. Cloud alley almost a year and a half ago.

On Sept. 21, 2012, Colton Gleason was walking with friends when a car pulled up, and Smithers got out and punched him. Colton died after falling and hitting his head.

His father, John Gleason, says the pain, bitterness and hurt his family feels did not go away with the sentencing of the man responsible for his son’s death.

“We’ve been given a life sentence by this cowardice attack and murder of our son,” John said. “He’ll serve very few short years and he’ll be back out again, and our son is gone forever.”

John says his son was the victim of a deadly “knockout game.”

Here’s the kicker: it’s likely he’ll be out of jail in five years.