Obama is writing his OWN laws and trying to circumvent Congress. Senator Ron Johnson has filed a suit against it.[1] 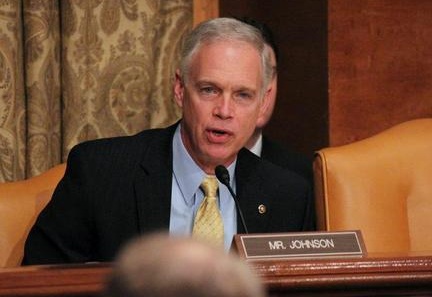 Wisconsin Sen. Ron Johnson has found 38 fellow Republicans on Capitol Hill to sign on to his lawsuit fighting what he calls executive overreach. Johnson filed the lawsuit in January against U.S. Office of Personnel Management Director Katherine Archuleta and her department over a rule allowing members of Congress and their staff members to receive subsidies for their health care coverage if they chose plans through Obamcare exchanges.

Johnson argues that Congress debated that issue and decided not to allow for such subsidies. If the Obama administration wants to change the law, he says, they should go through the proper process. A diverse group of GOP lawmakers, from Arizona Sen. John McCain to Texas Sen. Ted Cruz, have signed the amicus or “friend of the court” brief.

The Justice Department filed a motion to dismiss, saying that Johnson has no standing to file the suit since he isn’t directly affected. Johnson told Van Susteren that his efforts also were blocked by staff members who would be affected negatively. In one case, a House member had agreed to sign the amicus brief, but his staff told Johnson he couldn’t. Johnson had to call the congressman directly to override his staff.

The lawsuit is not an isolated incident, the lawmakers say in their brief.

“Rather, it is part of an ongoing campaign by the Executive Branch to rewrite the Affordable Care Act [‘ACA’] on a wholesale basis,” they say. “If left unchecked, that campaign threatens to subvert the most basic precept of our system of government: The President of the United States is constitutionally obligated to take care that the law be faithfully executed; he does not have the power to modify or ignore laws that have been duly enacted by Congress and that he believes are constitutional.”

Another interesting thing you may have missed in Johnson’s report above is that he had to go AROUND the staff to get to the Congressman. Having spent hundreds of days in dozens of trips walking the halls of Congress I discovered the dirty little secret about D.C.; the staff members of Congress actually control the information that reaches your Senator or Congressman. If they don’t want it to pass they just tighten up the gatekeeper. And every insider knows it’s the Chief of Staff who runs that Congressional seat anyway. Make sure those representing you in D.C. have Constitutional gatekeepers… because it’s the staffers in D.C. who are really running this country.