60% of “Solid Liberals” Not Proud to be American – Pew Survey

In a recent Pew Study, over 60% of all Liberals are not proud to be American. : Here’s an excerpt from the article below:: [1]

The Pew Research survey found that just 40% of so-called Solid Liberals “often feel proud to be American” while “60% say that characterization does not fit them.”

According to the comprehensive survey, 69% of Solid Liberals are white, and 41% are under 40 years of age. They make up 15% of the general public and 17% of registered voters. Almost unanimously they love President Barack Obama — 84% approve Obama’s job performance, “with 51% approving very strongly.”

Among all Americans, Obama is considered to be the worst president since World War II,according to a recent Quinnipiac poll.

In addition, 80% of this group believe that “racial discrimination is the main reason why many blacks can’t get ahead these days,” 87% think abortion should be legal in almost all circumstances, and 83% say “the government should do more to help the needy, even if it means going deeper into debt.”

Pew also found that 52% of Solid Liberals “have college degrees and 21% have graduate degrees” while “45% say if they could live anywhere they wanted, they would live in a city.” While 93% of Solid Liberals believe that “stricter” environmental regulations are worth the cost, only “12% say the description ‘hunter, fisher or sportsman’ fits them well, the lowest share of any typology group.” 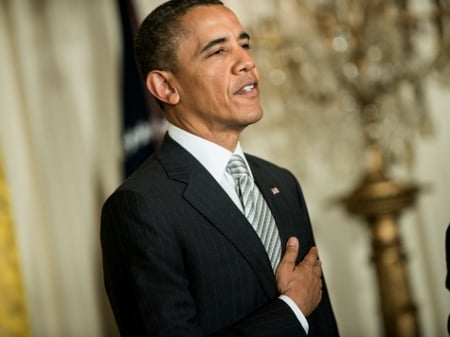 Personally, I believe the left’s attitude of entitlement is what makes them so unpatriotic. They haven’t earned anything, therefore have no respect for the principles America Stands on. A whopping 83% : think we should go further into debt to help ‘the needy’ – when they should be helping themselves and being responsible citizens.

The Top 25 Stupidest Liberal Quotes of the Decade[3]