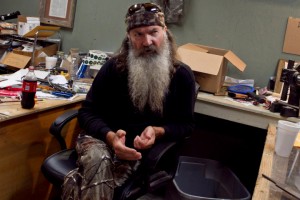 [1]I think it’s pretty obvious that a sliver of the U.S. population controls the corrupt media, academia, and government institutions.:  These are the Elites who make it their business to indoctrinate only one secular point of view.:  Anyone who deems to step outside the politically correct group think either faces intimidation or destruction.:

These are the forces that were unleashed against Phil Robertson for simply stating a personal opinion that reflects religious convictions shared by over one billion Christians, one billion Muslims, and millions of Jews.:  If racial apartheid was wrong in South Africa, cultural apartheid is equally as wrong here in America.:  :

Oroginally posted at The Last Tradition[2]