Gays are the new Blacks for Progressives 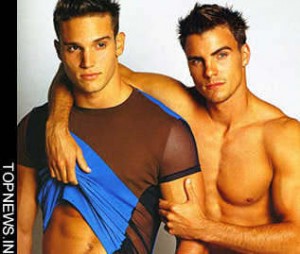 [1]In the past fifty years Democrats have squeezed out as much political fodder as they could from the black community.: :  Sadly for them they have reached a point of diminishing returns.:  Not much work is needed to get the black vote anymore.:  All Democrats have to do today is dispatch Al Sharpton or Jesse Jackson to cry a racism charge against Republicans, Fox news or the Tea Party, and it works like a charm to ge the black vote.:

But, Democrats have bigger fish to fry.:  Although Gays are a much smaller minority group, their wallets are much deeper that blacks by a factor of 100.:

That’s not the only thing.:  Democrats have transposed the same template once used for African Americans and have embedded it upon Gays with the same buzz words like “equality”:  and “civil rights” even though Gays have never suffered the same indignities as blacks.:

But, to hear Democrats tell it this is put upon minority that are suffering from being second class citizens.:  It’s an outright myth but that doesn’t stop Democrats from perpetuating it.:

But, as they say in da’hood, “Don’t hate the player, hate the game!”