Too often we put all our trust in the criminal justice system to protect us from evil people. The police catch a criminal, the criminal is tried and convicted in court and then receive some kind of punishment. But do these punishments draw the evil out of the criminal? These two men went from being convicted rapists with ankle bracelets to being serial killers of women while being monitored by police.[1] 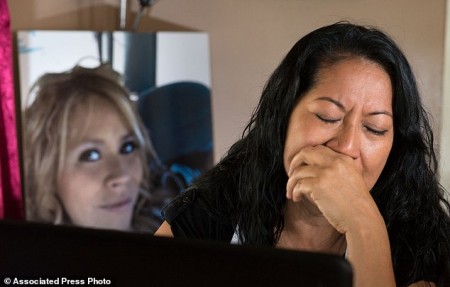 Transients Franc Cano, 27, and Steven Gordon, 45, were each charged Monday with four felony counts each of special circumstances murder and rape of women with histories of prostitution, but more charges are likely to come.

Both accused killers were wearing ankle monitors last fall when the women were killed in Anaheim and Santa Ana, Anaheim Chief Raul Quezada said during a Monday press briefing.

Gordon has admitted to killing a raping five women, a police source told CBS Los Angeles, but no information regarding the fifth victim has been made public. The case broke open when the body of Jarrae Nykkole Estepp, 21, was found on a recycling plant conveyer belt, authorities said.

Officials said they also used both the GPS readings from their ankle bracelets and their supposed victims’ cell phone records to match up the times and places where the slayings are believed to have occurred.

The discovery brought to an end the serial killings, but investigators said they are convinced there is at least one more victim, and perhaps several more even outside of California, cops said.

‘They put a stop to a serial killing that would likely have continued beyond this point,’ District Attorney Tony Rackauckas added.

My suggestion to women looking for protection from rapists and murderers? Carry a pistol ladies.