Consider the definition and implications of this phrase: after-birth abortion. I suggest you go to a room by yourself in case you need to scream vocally before reading how pro-choice philosophers have come up with a scheme to kill newborn babies.[1] 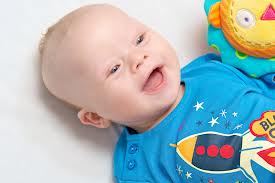 Just when you thought the religious right couldn’t get any crazier, with its personhood amendments and its attacks on contraception, here comes the academic left with an even crazier idea: after-birth abortion.

[W]hen circumstances occur after birth such that they would have justified abortion, what we call after-birth abortion should be permissible. … [W]e propose to call this practice ‘after-birth abortion’, rather than ‘infanticide,’ to emphasize that the moral status of the individual killed is comparable with that of a fetus … rather than to that of a child. Therefore, we claim that killing a newborn could be ethically permissible in all the circumstances where abortion would be. Such circumstances include cases where the newborn has the potential to have an (at least) acceptable life, but the well-being of the family is at risk.

Predictably, the article has sparked outrage. Last week, Reps. Joe Pitts, R-Pa., and Chris Smith, R-N.J., denounced it on the House floor. But it isn’t pro-lifers who should worry about the Giubilini-Minerva proposal. It’s pro-choicers. The case for “after-birth abortion” draws a logical path from common pro-choice assumptions to infanticide. It challenges us, implicitly and explicitly, to explain why, if abortion is permissible, infanticide isn’t.

Let’s look at some of those assumptions.

1. The moral significance of fetal development is arbitrary.

2. Prior to personhood, human life has no moral claims on us.

3. Any burden on the woman outweighs the value of the child.

4. The value of life depends on choice.

5. Discovery of a serious defect is grounds for termination.

I don’t buy this argument, in part because I agree with Furedi that something profound changes at birth: The woman’s bodily autonomy is no longer at stake. But I also think that the value of the unborn human increases throughout its development. Furedi rejects that view, and her rejection doesn’t stop at birth. As she explained in our debate last fall, “There is nothing magical about passing through the birth canal that transforms it from a fetus into a person[5].”

The challenge posed to Furedi and other pro-choice absolutists by “after-birth abortion” is this: How do they answer the argument, advanced by Giubilini and Minerva, that any maternal interest, such as the burden of raising a gravely defective newborn, trumps the value of that freshly delivered nonperson? What value does the newborn have? At what point did it acquire that value? And why should the law step in to protect that value against the judgment of a woman and her doctor?

I have never heard anything more appalling. If eventually a philosophy like this gains credence in the general population than you can kiss goodbye to any freedom or security you thought you had. Once the dam breaks that protects born life, no living soul is safe from the elderly to the mentally insane. The government run healthcare doctors will then have the say on who is healthy and sane and who is not.

Also,
Sudan: Teenager Faces Being Stoned To Death By Sharia Court For “Adultery” After Being Gang Raped… Update[6]