In my opinion Woody Allen is a brilliant director and mega talent.:  He’s also a flat out degenerate pervert and child molester who married one of his own adoptive children.:  It’s sick and disgusting and only because of his celebrity, our socially-rotted society has given him a pass when he should’ve been rotting in a jail cell years ago.: :

That’s why I believe everything this letter has to say because Woody Allen has demonstrated to the world the kind of monster he truly is.: 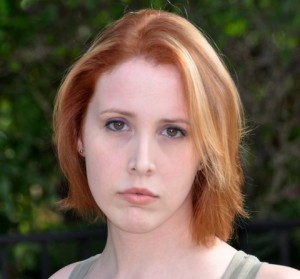 What’s your favorite Woody Allen movie? Before you answer, you should know: when I was seven years old, Woody Allen took me by the hand and led me into a dim, closet-like attic on the second floor of our house. He told me to lay on my stomach and play with my brother’s electric train set. Then he sexually assaulted me. He talked to me while he did it, whispering that I was a good girl, that this was our secret, promising that we’d go to Paris and I’d be a star in his movies. I remember staring at that toy train, focusing on it as it traveled in its circle around the attic. To this day, I find it difficult to look at toy trains.

For as long as I could remember, my father had been doing things to me that I didn’t like.

And who are the people who embrace Allen the most?:  Progressives!:  The same way they embrace homosexuals, transgenders, and every other freaks in our society.:

Origianlly posted at The Last Tradition[4]