Sen. Harry Reid has an addiction to Koch. I’m not kidding. Watch this video:

The chart below represents direct donations to Democratic Party candidates from Koch Industries employees since 2006 according to OpenSecrets.org (2014 donations are based on FEC numbers through March 10) Retired Democratic Party members of Congress received another $291,000 but were not included in the chart.

[2]
I don’t know how Reid will approach Obama with this data, but I like to believe it’s something like this: 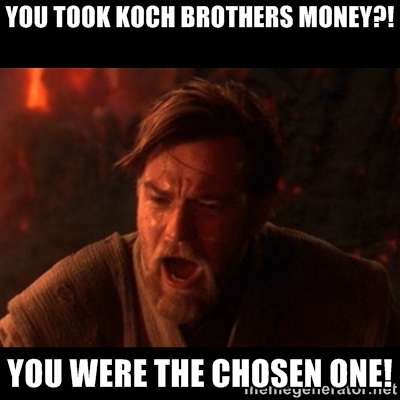