No one is happy with the president right now, not even the groups that are supposed to be his core supporters. His brilliant plan to let illegal immigrant children flood our borders is making a lot of people mad, including black Chicago residents who are blasting Obama for not making them more of a priority. 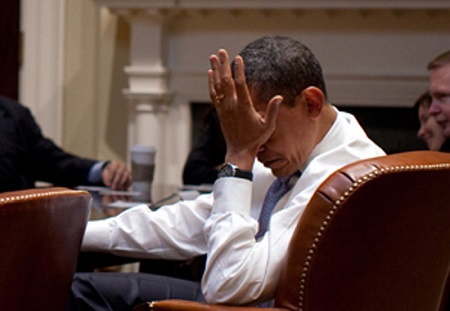 He’s going to go down as one of the worst presidents ever!

Today, if you look at the time we were brought here as slaves 400 hundred years ago, we got the same results today.

Do something for our children. Have the same love for these young people like you got for the ones that crossed the border and you want to save them.

Again, as I say, he will probably go down as the worst President ever elected. Bill Clinton was the African-American President.

It’s hard to understand what Obama hopes to achieve through this state-sanctioned invasion of our country, beyond possibly more votes for Democrats down the line. But the reality of the situation is clear, that these illegal immigrant children may very well be able to have a better life here… but it’s at the expense of American citizens, and shouldn’t the Americans be the priority to their president?