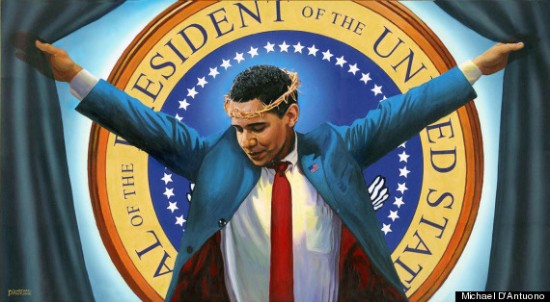 Today’s patriotic controversy, appropriately enough given the holiday, concerns presidential libraries. Specifically, the location for the one that will be built for Barack Obama once he leaves office.

Late last month,: a foundation was createdto oversee the whole enterprise; the hope is to select a home for the library by early 2015. “Our mission is to build a library that tells President Obama’s remarkable story in an interactive way that will inspire future generations to become involved in public service,”: says: Marty Nesbitt, an Obama pal and one of the appointed site diviners. […]

Yes, presidential libraries are also museums – places people want to visit: to see firsthand the loop of inky presidential script on an important piece of legislation, to commune with fellow political junkies, to get that souvenir photo of your junior executive aspirant sitting at the replica of the: Resolute Desk.

But replicas are by definition reproducible, and actual historical artifacts can be shared (at any rate, after eight years of Obama, there will be enough to go around).: What would be wrong with having a few shrines/centers/libraries? The reason people want them is because they bring business – and status – to communities.

So spread the wealth, Mr. President. It’s not such a bad message for someone so focused on addressing wealth inequality. And as the only modern president since John F. Kennedy who was a writer before he was a candidate, use this opportunity to recast the established narrative: Your history is rooted not in one place but in many. May your library be the same.

No, seriously. : Cult of personalities like this have led to a lot of tyranny.