When you abuse the system, you should be held accountable. : These folks took advantage of a computer glitch to steal, if not from Walmart, than from the people of Louisiana. : They deserve this:[1] 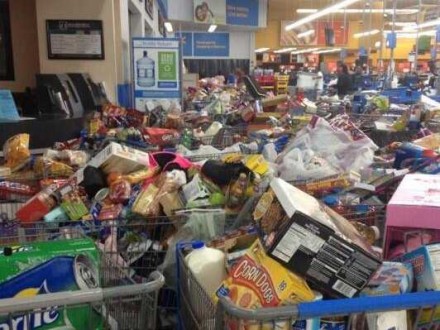 Louisiana’s social services department said Monday it has stripped food stamps from six people who deliberately overspent their monthly benefits when the electronic service was down in October and was working to disqualify another 25 people.

Details of possible fraud also have been shared with local law enforcement, for district attorneys to decide if they want to prosecute people for knowingly breaching the limits on their monthly food stamp benefits.

The Department of Children and Family Services said it continues to work through the administrative hearing process, targeting 500 people out of 12,000 transactions that overspent available food stamp benefits four months ago during the system crash.

“The investigation and disqualification process is ongoing, and we expect it to result in additional disqualifications,” DCFS Secretary Suzy Sonnier said in a statement.

Several Louisiana retailers allowed food stamp recipients to make unlimited purchases on Oct. 12, when the electronic card system was down and balances couldn’t be checked. News reports showed carts at some stores piled high with groceries that were abandoned after the system was back online.

About 12,000 insufficient funds transactions were conducted when the contractor, Xerox Corp., had technical problems that shut down the system, though not all transactions are assumed to be intentionally fraudulent.

This isn’t a joke. : This is a crime. : If it was a deliberate attempt to defraud taxpayers, then they shouldn’t just be stripped of benefits. They should be prosecuted.