This is surreal. : Instead for being court-martialed for being a deserter, he’s out having dessert[1]: 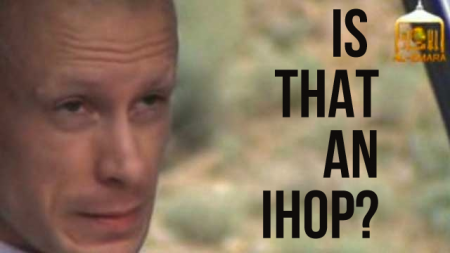 Bowe Bergdahl, the U.S. soldier held captive for five years by militants before his release a month ago, has ventured several times off an Army base in Texas as part of the effort to get him used to everyday life in America, a military spokeswoman said.

His release on May 31 in exchange for five Taliban being held by the U.S. military has rankled some, including former members of his unit, who said he was a deserter who endangered colleagues searching for him.

Yet while investigating circumstances surrounding his departure, the military has also said it’s focused on making sure Bergdahl gets better mentally and physically, so he can gradually readjust to normal life.

Since being freed, Bergdahl has been carefully monitored at a military hospital in Landstuhl, Germany, and his home since June 13, Joint Base San Antonio-Fort Sam Houston.

I think it was “venturing’ off bases that started this whole thing, wasn’t it?

Maybe we ought to be re-thinking the whole, “Let’s let him go out” thing.

See also: : ‘Cannibal cop’ in New York City who plotted to cook women freed after judge rules he has right to fantasize