Since the exchanges launched, a major concern has been the security of personal information. In California, Democrats have killed a bill that would have prevented certain felons from working on Affordable Care Act exchanges, arguing that existing measures are adequate[1]: 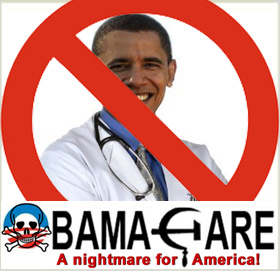 Under the proposal by Assemblywoman Connie Conway (R-Tulare), Covered California would not be able to hire people who have been convicted of certain crimes–felonies concerning breach of trust or dishonesty–for jobs where enrollees’ financial or medical data could be accessed.

Conway, the Assembly Republican Leader, argued that by hiring people convicted of financial crimes, the health plan exchange could be putting users’ private information at risk.

Earlier this year, she and another GOP lawmaker, Assemblyman Brian Nestande of Palm Desert, called for a hearing[2] into the state’s hiring practices after state exchange records revealed that 31 people with criminal convictions had served as enrollment counselors last year.

Critics of the measure said it was too far-reaching and could be discriminatory under federal civil rights law.

Carla Saporta, health policy director at the Greenlining Institute , said Conway’s measure is an “overly restrictive policy that does not take into account the individual applicants’ situation, their rehabilitation or other special circumstances.”

The state had 2,300 certified counselors as of December 2013, a far cry[3] from the 20,000 originally planned by the end of last year. While 31 felons is not a large percentage of 2,300, this is an issue that has to be addressed in order to protect the privacy of California’s residents. The ACA is a huge risk to the privacy rights of all Americans, and the party that shoved the ACA down the nation’s collective throat had better make sure things go right.