It appears the two women, who were in a relationship, were somehow allowed to adopt two of the three children they were abusing: 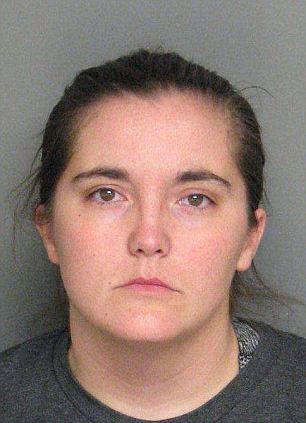 Eraca Dwan Craig, 31, and Christian Jessica Deana, 44, were both arrested at the scene on suspicion of felony child cruelty, false imprisonment and other charges.

The women, who are domestic partners, do not appear to have criminal records in Monterey County. They were both arraigned in Monterey County Court on Tuesday and are scheduled for a preliminary hearing on March 28.

Authorities said the women seemed to be making preparations to leave before they were arrested.

Investigators found little food inside the home, which was cluttered and dirty, according to reports.

The girl and the older boy were adopted children, and the younger boy is the biological son of one of the women, Miller said.

I don’t know if any commentary on this would add anything, or do more than seem trite. These women need to be off the streets, and probably require some mental assistance. May God provide the three children with happy, hale lives going forward.
ALSO SEE: