Because freedom of speech is so 18th Century:[1] 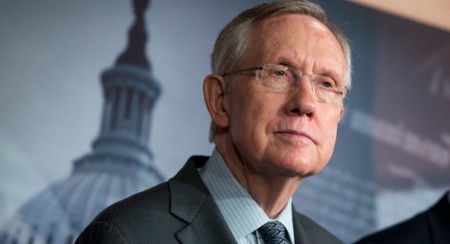 On May 15, Senate Majority Leader Harry Reid (D-NV) announced the Senate Judiciary Committee will hold a hearing on June 3 on amending the U.S. Constitution to limit political speech. If ultimately adopted, it would mark the first time in American history that a constitutional amendment rescinded a freedom listed as among the fundamental rights of the American people.

The proposed amendment was introduced by Sen. Tom Udall (D-CO) as S.J.R. 19 and if ratified would become the Twenty-Eighth Amendment. It provides in part that “Congress shall have power to regulate the raising and spending of money and in-kind equivalents with respect [to] the Federal elections … [and] State elections.”

The proposed amendment includes a provision that “Nothing in this article shall be construed to grant Congress the power to abridge the freedom of the press.” So Breitbart News, The New York Times, and the mainstream media would be able to say whatever they want, but citizens and citizen groups such as the National Rifle Association could not.

Coming soon? Congress decides who is a journalist.