Charges Dropped Against Alan Grayson — Was Charged With Domestic Battery

Last week, it came out that Rep. Alan Grayson (D-FL), one of the most bombastic Democrats in Congress, was accused of physical and emotional abuse by his wife. The two, who have been separated for several months, also had a physical altercation in early March that led to Grayson’s wife claiming he assaulted her[1].

However, police say the Congressman’s wife’s story changed, and after speaking with the couple’s daughter and a legislative aide to the Congressman, dropped charges:

Investigators said there wasn’t enough evidence that a crime had been committed during the confrontation. They reached that conclusion after also interviewing the couple’s oldest child, Grayson and one of his aides, who shot video of the incident.

“The Orange County Sheriff’s Department confirmed what we have known all along: Congressman Grayson did nothing wrong,” Grayson’s office said in a statement. “We are relieved that this ridiculous ordeal is over, and that the Congressman can continue to focus on taking care of his family and serving his constituents.”

The day after the incident, Carson-Grayson drove herself to Dr. P. Phillips Hospital, where she told emergency-room workers that her husband had pushed her against a door at their Windermere-area home and bruised her left shoulder during the dispute, a sheriff’s report states.

That allegation also was included in a petition for a domestic-violence injunction that she filed on Monday. A judge will decide whether to extend the protective order, make it permanent or dismiss it at a hearing scheduled for March 20.

At the hospital, Carson-Grayson, 53, told investigators that she and her husband of 24 years had been separated since December 2013. She claimed he had abused her physically and emotionally for years and had engaged in multiple extramarital affairs, but she never reported the alleged violence because of his position and her embarrassment.

No matter what Grayson’s political leanings are, this is a terrible situation to be in. I wouldn’t wish this on my worse enemy. May the truth be found, and justice delivered. 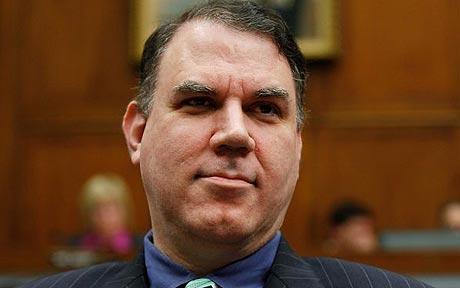