City Demands Father Take Down Tree Fort Or Get Insurance Policy, For Public Safety — But Ignores Safety Hazard of Trees

When I first read this article[1], I actually had sympathy for the government’s position. In short, they argue that the tree fort in question could collapse on a public sidewalk, endangering the public, and the city would be liable. 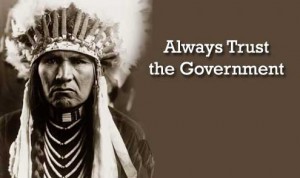 At first glance, this is potentially very reasonable. However, if you follow the link above, you’ll notice the first picture in the article shows a tree in the background hanging over the sidewalk and the road. Which means the city better start harassing that landowner, as well.

A Washington father is battling his city council to be allowed to keep a tree house that he built for his sons in the front yard of his home.

Zeb Postelwait had always wanted to build a tree house for his sons. He got the chance last summer after moving into a Wenatchee home with a big tree in the front yard.

Two months later, he received his first notice from the city to tear it down because it is a threat to public safety and overhangs a public sidewalk. Alternatively, city officials said, the tree house can remain, but only if Postelwait takes out a $1 million insurance policy.

Again, the local government may indeed have a case to make. But it had better act with consistency, or this is a) very possibly a situation of targeting, and b) definitely an overreach of government.

Full disclosure: I wouldn’t have noticed the tree in the background, except for commenter Gregb57, who wrote “What if the tree falls on someone? Maybe they should cut down all the trees that are close to a side walk!” below the article.