I’ve seen this movie once too often being a lifetime New Yorker and knowing how Al Sharpton operates.:  A latest money making opportunity has cropped up for the charlatan preacher.:  This time he’s targeting a New York clothing store over dubious claims of racial profiling.:

Perfect!:
It doesn’t matter if the claims are legitimate or not for Sharpton.:  His M.O. is the same.:  Sooner are later Barney’s is gonna have to slip him a check to go away.:  And that’s how he plays his game.: 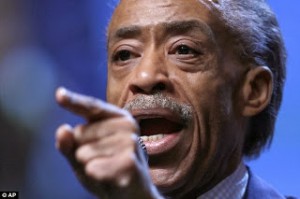 [2]York retailer, Barneys.
This comes as a fourth person has come forward with similar claims, this time against Macy’s – the second in a week.
Art Palmer says four plainclothes cops questioned him three blocks away from the flagship store after he bought $320 worth of Polo dress shirts and ties in April.
The latest accusation echoes those by Trayon Christian and Kayla Phillips against Barneys and by actor Robert Brown against the same Macy’s. 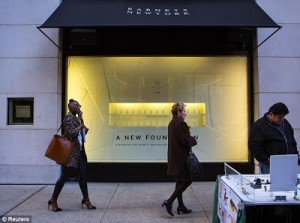 [3]Palmer, a 56-year-old exercise trainer from Crown Heights, Brooklyn, said he made the purchase without incident, using both his Macy’s platinum card and his American Express card.
He was walking to a gym on Park Avenue when police surrounded him and demanded to see his ID.:
The officers said they were suspicious because they had lost sight of him on the store’s surveillance cameras, he said.
When asked if he believed he was racially profiled, he told the New York Daily News[4] that there was ‘no other reason’.
More here[5]

Originally posted at The Last Tradition [6]