News today has us all disappointed at these nuclear commanders getting fired for cheating. But if you take a second to think about it, you have to wonder what the real deal with the civilian Secretary of the Air Force Deborah Lee James is even up to firing more than 9 Nuclear Commanders at once.[1] 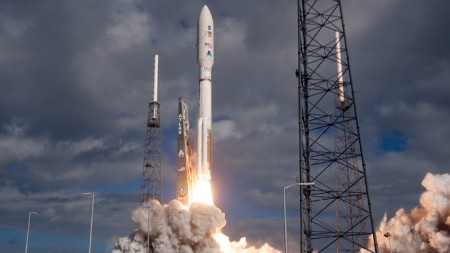 The Air Force took the extraordinary step Thursday of firing nine midlevel nuclear commanders and announcing it will discipline dozens of junior officers at a nuclear missile base, responding firmly to an exam-cheating scandal that spanned a far longer period than originally reported. A 10th commander, the senior officer at the base, resigned and will retire from the Air Force.

Air Force officials called the discipline unprecedented in the history of America’s intercontinental ballistic missile force. The Associated Press last year revealed a series of security and other problems in the ICBM force, including a failed safety and security inspection at Malmstrom Air Force Base, Mont., where the cheating occurred.
In an emotion-charged resignation letter titled “A Lesson to Remember,” Col. Robert Stanley, who commanded the 341st Missile Wing at Malmstrom, lamented that the reputation of the ICBM mission was now “tarnished because of the extraordinarily selfish actions of officers entrusted with the most powerful weapon system ever devised by man.”

Stanley, seen as a rising star in the Air Force, had been nominated for promotion to brigadier general just days before the cheating scandal came to light in January. Instead he is retiring, convinced, as he wrote in his farewell letter Thursday, that “we let the American people down on my watch.”

Separately, another of the Air Force’s nuclear missile units – the 90th Missile Wing at F.E. Warren Air Force Base, Wyo. – announced that it had fired the officer overseeing its missile squadrons. It said Col. Donald Holloway, the operations group commander, was sacked “because of a loss of confidence in his ability to lead.”
The 90th Missile Wing offered no further explanation for Holloway’s removal and said it “has nothing to do” with the firings announced by the Air Force in Washington.

Together, the moves reflect turmoil in a force that remains central to American defense strategy but in some ways has been neglected. The force of 450 Minuteman 3 missiles is primed to unleash nuclear devastation on a moment’s notice, capable of obliterating people and places halfway around the globe.

In a bid to correct root causes of the missile corps’ failings – including low morale and weak management – the Air Force also announced Thursday a series of new or expanded programs to improve leadership development, to modernize the three ICBM bases and to reinforce “core values” including integrity.

There are: lots of unanswered questions here, like why are other nuclear missile units firing their officers at the same time under unrelated events? And why is it being pushed out into the media so quickly? I hope over the next few day we will get real answers because weakening our defense so quickly and publicly in this way just seems unwise to me.