Twenty six years ago a black teenage girl named Twanna Brawley not only said she was raped but dog feces was smeared all over her naked body by a white man. 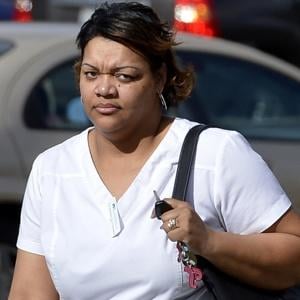 It was vicious race bating lie that destroyed the reputation of an innocent man named Steven Pagones.:  Further, it catapulted the career of a little known preacher named Al Sharpton to eventually become CEO of the civil rights industrial complex.:

Sharpton’s career was built on the back of a dishonest teenager who finally has to pay a real price for her misdeeds.:

Last week, 10 checks totaling $3,764.61 were delivered to ex-prosecutor Steven Pagones – the first payments Brawley has made since a court determined in 1998 that she defamed him with her vicious hoax.

A Virginia court this year ordered the money garnisheed from six months of Brawley’s wages as a nurse there. 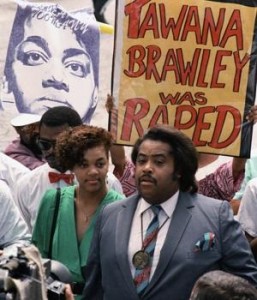 She still owes Pagones $431,000 in damages. And she remains defiantly unapologetic.

“It’s a long time coming,” said Pagones, 52, who to this day is more interested in extracting a confession from Brawley than cash.

“Every week, she’ll think of me,” he told The Post. “And every week, she can think about how she has a way out – she can simply tell the truth.”

Brawley’s advisers in the infamous race-baiting case – the Rev. Al Sharpton, and attorneys C. Vernon Mason and Alton Maddox – have already paid, or are paying, their defamation debt. But Brawley, 41, had eluded punishment.

She’s now forced to pay Pagones $627 each month, possibly for the rest of her life. Under Virginia law, she can appeal the wage garnishment every six months.

It’s a shame that the black community has to endure the leadership of a charlatan like Sharpton who still owes millions in back taxes[5] to the IRS.:  They must be too busy harassing conservatives groups.:  :

Cross posted at The Last Tradition[6]