A Florida father who allegedly walked in on an 18-year-old man molesting his 11-year-old son beat him to a pulp and told 911 operators, “I have him in a bloody puddle for you.”[1] 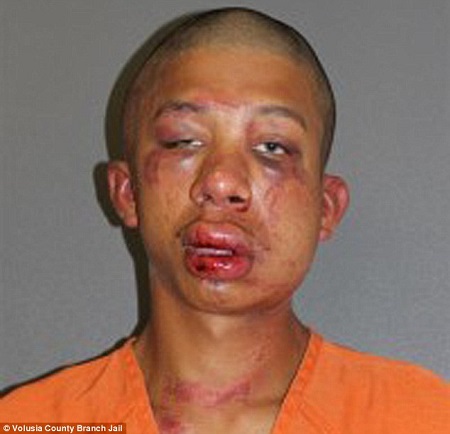 Judging by that picture, he wasn’t exaggerating.

The 35-year-old man, who has not been identified, told a 911 dispatcher in the early hours of Friday: ‘I just walked in on a grown man molesting [name redacted]. And I got him in a bloody puddle for you right now, officer.’

The boy allegedly told police that Frolander had been molesting him for three years. Frolander is now facing sexual battery charges, while the father has not been charged with any crime.